Structural problems within tennis are creating the ideal conditions in which corruption can flourish, an investigative journalist says.

John Templon was part of the BBC and BuzzFeed joint investigative team that began digging into suspicious betting on tennis matches about 15 months ago.

The investigation drew on a cache of leaked documents, interviews with whistleblowers, officials, players and match fixing experts. 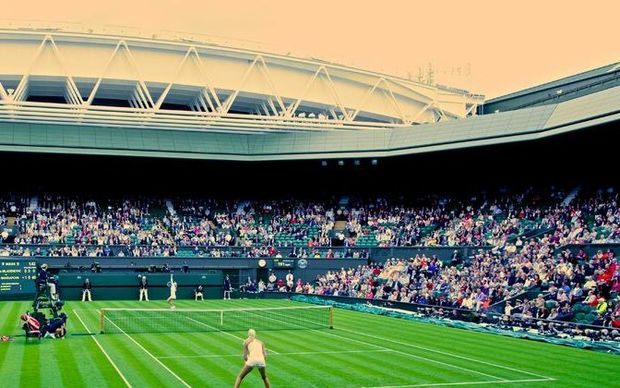 BuzzFeed devised an algorithm to analyse gambling on professional tennis matches over the past seven years, which showed 15 players regularly lost matches in which heavily lopsided betting appeared to substantially shift the odds.

It was also revealed that gambling syndicates in Russia and Italy had placed suspicious bets on tennis matches - including at Wimbledon and the French Open.

Officials at the top of the sport have been accused of failing to stamp out match fixing - particularly as they were given evidence pointing to match fixing back in 2008, but insisted the sport was healthy.

Mr Templon said the Tennis Integrity Unit was very secretive and it was difficult to establish how it dealt with corruption reports.

"The people we spoke to said that in many cases there was no follow up, no requests for information that would be needed to carry out a full investigation of what's going on."

The problem often started early in a player's career, he said

"Once you do it once, you're basically in their pocket."

That may explain why highly paid players in the top echelon are alleged to be involved.

"Players at lower levels definitely struggle financially, because of how tennis is structured, and that causes incentives for this type of thing early in their career.

"If it happens early in your career then you could be in trouble moving forward, that may be how this kind of thing is happening to top level players."

Part of the reason for apparent inaction by tennis authorities could be the difficulty proving corrupt behaviour, he said.

"It's very difficult to prove match fixing in tennis, and it doesn't necessarily have to be the player, it could be someone in your support group or something else that's leaking information."

He said players report being called in their hotel or someone approaching support staff, a coach or trainer.

"We don't have conclusive evidence that players have fixed matches, we have evidence betters think it's very suspicious and needs to be investigated by the tennis authorities.

"But it doesn't necessarily mean somebody definitely fixed a match, and we don't want to paint someone as a match-fixer if it hasn't been fully investigated."

He said he was happy the investigation had shone a light on tennis.

"We're putting some pressure from the public, and the players themselves, to say 'I want to make sure this is out of my sport and this sort of thing isn't happening'."