One of the reporters behind a joint BBC-BuzzFeed investigation into allegations of widespread corruption at the top levels of tennis says he believes the issue is worse than ever.

On Monday at the Australian Open, world No.1 Novak Djokovic confirmed that he was offered $US200,000 almost 10 years ago to throw a first-round match in St Petersburg, but he said he rebuffed the approach and that there was no room for match-fixing in any sport - and especially not in tennis. 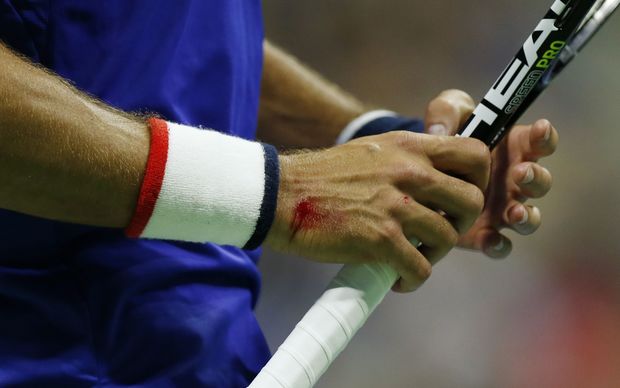 Novak Djokovic holds his racquet with a bloody wrist in the US Open 2015 men's final against Roger Federer Photo: AFP

Djokovic called fixing "a crime in sport" - but both the Serb and Swiss great Roger Federer said they thought the allegations concerned were not new and involved matches in the past.

Federer also called for the players involved to be named, adding until they were, the allegations were pure speculation.

"I would like to hear the names," Federer told reporters when asked to comment on claims that grand slam champions were among the players involved - and that eight of them were playing in Melbourne.

"I would love to hear names. Then at least it's concrete stuff and you can actually debate about it," the 34-year-old said.

"Was it the player? Was it the support team? Who was it? Was it before? Was it a doubles player, a singles player? Which slam?

"It's so all over the place. It's nonsense to answer something that is pure speculation." 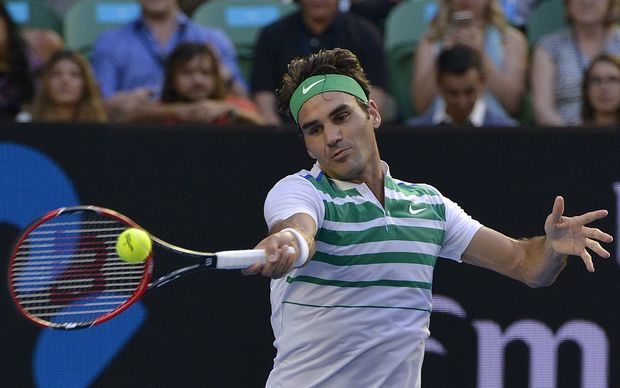 Roger Federer in action at the 2016 Australian Open Photo: AFP

Federer, the most successful male player of all time with 17 majors, said it was "super serious" for the sport, but said he would be surprised if top players were involved.

But the BBC's Simon Cox told Morning Report they made a decision not to name the players involved, as they didn't have the actual evidence which was given to the Tennis Integrity Unit, of phone records and bank accounts and so on.

But Cox said that in the 2008 report, 28 players were named as being involved in suspicious matches, and there was hard evidence of the players being linked to gamblers through phone records.

It was fair to say that more of the suspicious matches have moved down the tennis tree to the second and third division of tennis, he said - but the issue was by no means historical.

"Well it's not true that it's all in the past," Cox said. "I was just talking to a former player who's now a coach two days ago. He said to me, 'it's worse than ever', that he had players who were being approached."

"One source we were talking to had reported five matches of a player in the last year - some of those are very, very important, prestigious tournaments - and this is a high-ranking player.

"So there are still reports going in to the tennis authorities of high-ranking players involved in important tournaments (allegedly match fixing)."

Cox said there was a strong body of evidence that the tennis authorities weren't doing enough to investigate suspected match fixing, and his numerous sources in many fields, such as betting agencies, were frustrated at the lack of action from the sport over the issue.