There were several upsets on the first day of the Australian Open, though the biggest shocks came on the women's side, with local star Samantha Stosur and former world No.1 Caroline Wozniacki exiting in the opening round.

No such problems for the top seeds and defending champions Novak Djokovic and Serena Williams on Monday, even if allegations of widespread match-fixing cast a shadow over the opening day of the year's first grand slam. 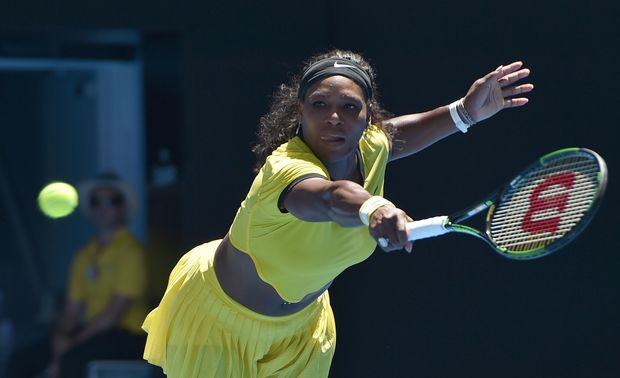 Williams proved far too strong for Italian Camila Giorgi, dispelling any doubts about her fitness and form as the 34-year-old American moved freely on the troublesome knee that forced her to quit the Hopman Cup mid-match two weeks ago to win 6-4 7-5.

"It's great. It was an hour and 43 minutes and I didn't feel it at all," the six-times Australian Open champion said after her victory.

Djokovic, who also won three grand slams last year, has been far more active than Williams in recent months but has not been beaten since August, a run that never looked like ending in his 115-minute clash with South Korean teenager Chung Hyeon, which he won 6-3 6-2 6-4.

Meanwhile a rampaging Roger Federer kicked off his 17th Melbourne campaign with a 6-2 6-1 6-2 demolition of Georgian battler Nikoloz Basilashvili.

No joy for Stosur, Wozniacki

Sam Stosur's Melbourne Park malaise remains as debilitating as ever, with the veteran local jolted from the Australian Open in straight sets by a Czech qualifier.

Stosur added another chapter to her miserable record at home on Monday night, losing 6-4 7-6 to Kristyna Pliskova.

Fourth-round finishes in 2006 and 2010 remain Stosur's best results in her home grand slam, and at age 31 that is unlikely to change for the 2011 US Open champion. 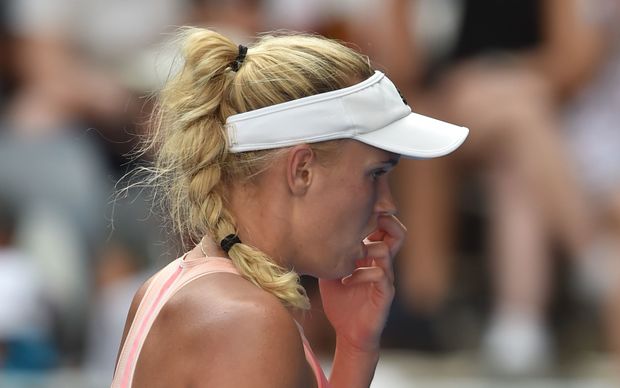 Caroline Wozniacki was unable to hide her disgust after the Dane's fall from grace continued with a deflating first-round exit.

Kazakhstan youngster Yulia Putintseva ended the two-time grand slam finalist's campaign in the first round for the second week, bumping Wozniacki out 1-6 7-6 6-4 to add to her early exit from Auckland the week before.

"I would say it's a pretty shi....y start to the season. It wasn't a pretty first set but I got it done and really should have closed it off in two," Wozniacki said after blowing a 6-1 4-2 advantage against the world No.76.

"I let her back into the match and it was basically my own fault that I'm not here as the winner."

The defeat leaves the Dane in danger of dropping out of the world's top 20 after the Open and the 25-year-old admits she's unsure how, when, where or if she'll get her season back on track.

"I don't know. I haven't really gotten that far yet," Wozniacki said. "But I guess just go back on the practice court and that's really all you can do." 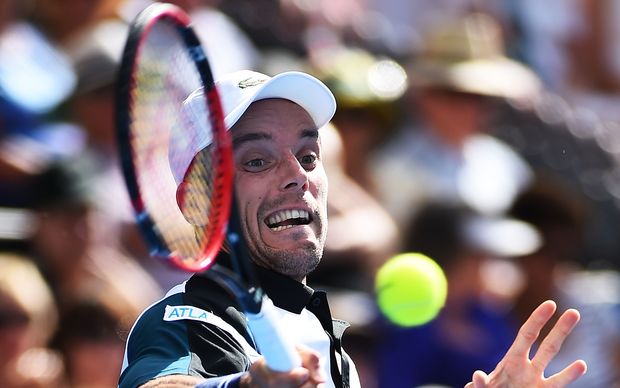 The 17th seed Sara Errani was another big casualty, Russia's Margarita Gasparyan getting the better of the Italian 1-6 7-5 6-1.

American wildcard Noah Rubin put French 17th seed Benoit Paire out in three tiebreaks 7-6 7-6 7-6, while Argentina's Federico Delbonis was gifted his win over 22nd seed Ivo Karlovic, who retired in the third set while the big-serving Croat was two sets down.