New Zealand basketballer Steven Adams has been singled out as one of the dirtiest players in the NBA competition, in a survey by the Los Angeles Times newspaper.

Australian Matthew Dellavedova of the Cleveland Cavaliers received 13 votes, Steven Adams, who plays for Oklahoma City got seven, and another Australian, Andrew Bogut, who is at Golden State, was third with five votes.

Adams is renowned for tossing his 213cm-frame around the floor but a Western Conference coach said, "the stuff that he does is not cool.

"He throws elbows, extra hitting dudes away from the ball, hitting them with the chicken wing [elbow] and trying to get a rise out of them. That kind of stuff." 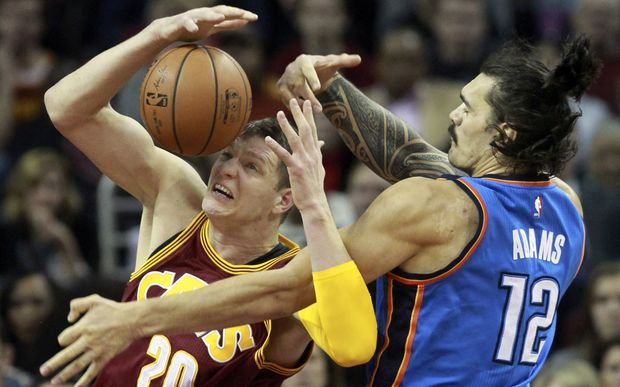 Steven Adams (right) has been labelled one of the dirtiest players in the NBA. Photo: Photosport

The spotlight began to shine on Dellavedova during last year's NBA playoffs after his plays were called into question.

"He's as dirty as they come," a Western Conference coach said. "When you're hurting people, that is not OK."

"He was kind of dirty in the playoffs, for sure," an East coach said.