New Zealand golfer Danny Lee is in a tie for 13th after the third round of the latest PGA Tour event in Hawaii. 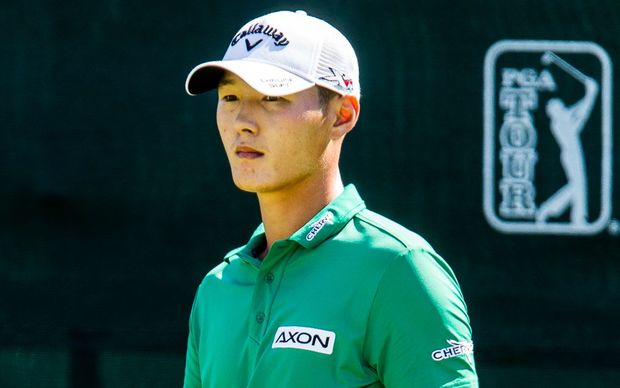 Lee carded a third round two-under-par 68 that featured four birdies and two bogies.

He's at 10 under for the tournament, one stroke ahead of compatriot Tim Wilkinson, but six shots behind the joint American leaders, Zac Blair and Brandt Snedeker.

The pair top the leaderboard at 16 under but have a host of challengers queuing up behind them as they prepare for the final round on Monday.

Blair was the story of the day as the unheralded 25-year-old launched his bid for a first win on the Tour.

Despite a rough finish to the day, Blair was full of positives even after he missed a two-foot birdie putt on his last hole.

Blair three-putted for par on the closing par-five at Waialae and had to settle for a six-under 64, giving him a share of the lead with Snedeker.

Snedeker missed birdie putts of 10 feet and 12 feet on the last two holes for a 66.

The missed tap in on the last cost Blair the outright lead but he shrugged it off.

"Just pulled it. Nothing more to it," Blair said with a shrug.

"Didn't hit the best putt and it didn't go in."

The round of the day belonged to PGA Tour veteran Matt Kuchar, the popular American finished his round five off the lead after a brilliant eight-under-62.