Los Angeles is to get an NFL American Football team again. 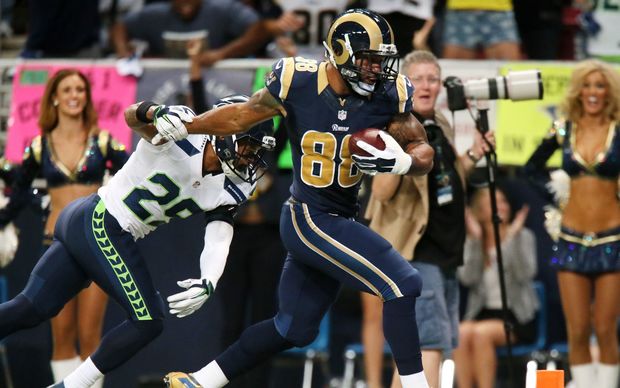 The St. Louis Rams are moving to Los Angeles after National Football League owners voted to approve their relocation efforts and gave the San Diego Chargers the option to join them.

The Rams' bid to relocate to Inglewood, roughly 16 kilometres from downtown Los Angeles, was approved by owners by a vote of 30-2 according to a report on the NFL's website. The bid needed approval from 24 owners to get the green light.

The Chargers had originally been part of a joint plan with the Oakland Raiders to share a new stadium in Carson, about 25 miles south of downtown Los Angeles.

But the Carson project, which was earlier recommended by the NFL's six-member relocation committee, failed to sway owners during an early round of voting.

The Rams, who must pay the NFL a 837 million dollar relocation fee, will play their home games in Los Angeles starting with the 2016 season and until their planned 2.8 billion dollar new home is ready in 2019.

While many franchises have flirted with a move to the world's entertainment capital for 20 years, Los Angeles has been an NFL wasteland without a franchise since the Raiders and Rams left the area in 1995.

The San Diego Chargers may also join the Rams, but have until January 2017 to agree to lease terms with the Rams. If the Chargers decline, the Oakland Raiders, another former L.A. tenant, can link up with the Rams.