The former All Whites defender and Phoenix captain Andrew Durante says if New Zealand football is serious about qualifying for the next World Cup the national side needs more games.

The All Whites played just three games last year and don't have any matches in the March international window.

They must win the Nations Cup in Papua New Guinea during May and June to qualify for next year's Confederations Cup. 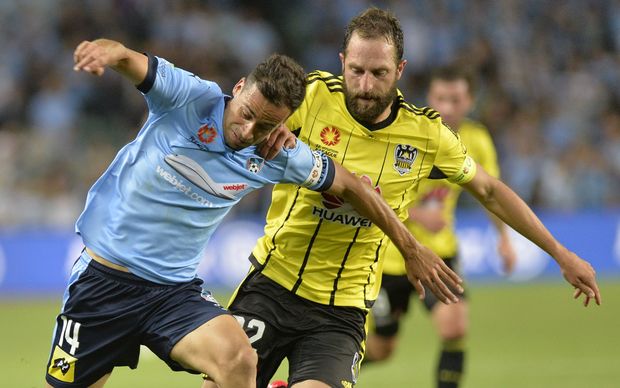 Andrew Durante (right) on defence for the Phoenix. Photo: Photosport

"You have to play every window. If you talk about wanting to go to a world up in one breath and then in the second breath you're saying we can't any games in windows, it just doesn't equate.

"I feel for the players because they are the ones that want to be in camp and to represent their country and for them not to be able to continue to work under Hudson is disappointing. 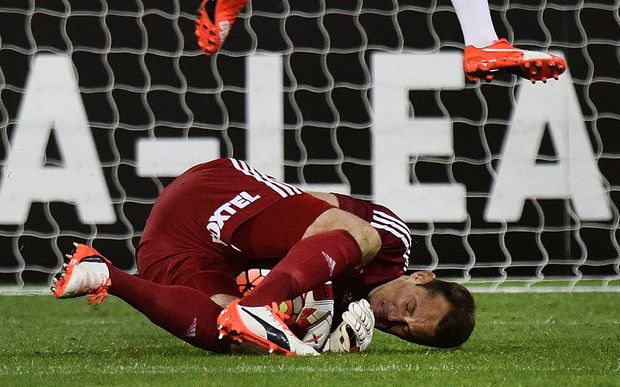 The All Whites goalkeeper Glen Moss said he was finding the situation "frustrating."

"Since the World Cup back in South Africa I can't really see any positivity around the national side....and it's just not acceptable.

Moss said endorsed Hudson's comments but was keen for something to actually change.

"It's not just one thing it's a whole lot of things..and the players are sick of it and we want to get back to where we were when we qualified for South Africa back in 2010.

"We thought things would be onward and upward from there, but if anything things have just gone downhill," said Moss.