Canada's Milos Raonic has described his Brisbane International tennis triumph as proof he's got his swagger back just eight days out from the Australian Open. 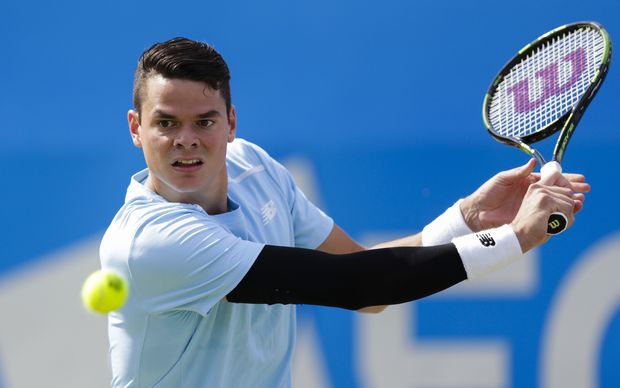 Raonic upset a misfiring Roger Federer last night, exacting revenge for his defeat to the former world No.1 in last year's final with a 6-4 6-4 victory at a packed Pat Rafter Arena.

It is Raonic's eighth ATP title and one of his most important as he seeks to make good on Federer's recent prediction that he can become a top-five player this year and establish himself as a force to be reckoned with.

"It does great things," said Raonic, who slid 10 places in the world rankings to No.14 last year as he struggled with foot and back injuries.

"For myself, it signifies within the team how concrete and good the work we're doing is.

"At the same time, with the difficulties I've had last year, it's maybe a good way for me to show the other guys I will face going into Melbourne (that) I've got my stuff back together and I can play some good tennis again."

Top seed Federer was unable to deal with the 25-year-old's booming serve, and, in contrast, the Swiss superstar struggled with his first serve and made some sloppy errors at key moments.

At one stage Federer tossed his racquet to the ground in a rare outward show of frustration from the usually unflappable veteran.

Federer has had a nasty flu bug since arriving in Brisbane last Sunday and requested a Thursday start from tournament organisers to give him as much time as possible time to get over it.

The challenge, then, of backing up four days in a row to reach the final may have been too much against the towering, powerful Raonic, who won 20 net points to Federer's seven.

"It was just not happening.

"(But) considering the week I've had, I'm actually quite happy. That's why I'm not down or anything or disappointed.

Federer served at just 45 per cent in the first set, and that played into the hands of Raonic, who generated chances with hard, deep ground strokes that locked up the 34-year-old's movement.

A double-fault from Federer and then a backhand into the net gave the Canadian his first break at 5-4, before Raonic served successfully for the first set.

Raonic, a quarter-finalist at the Australian Open last year, spent time off court at 2-1 in the second set to seek treatment on his right adductor, but was able to hold serve upon his return, despite four double-faults in the one game.

He then broke Federer for the second time and expertly closed out the match to seal just his second career win over the 17-time grand slam winner in 11 attempts.