The Ashburton rider Jason Christie hopes his victory at the Road Cycling National Championships on Sunday could lead to bigger and better things. 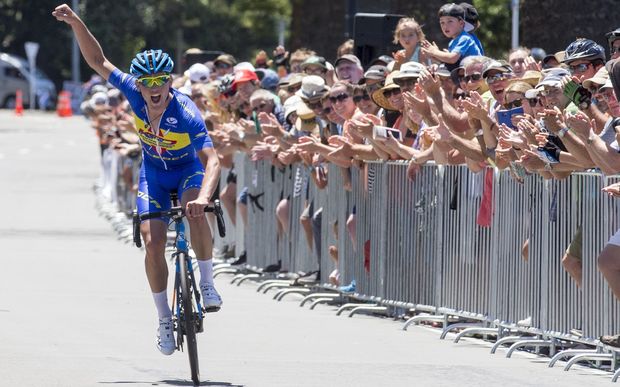 The 25-year-old attacked on the penultimate climb in Napier, holding off more fancied riders to claim his first national road race honours.

Auckland's Dion Smith was second ahead of Canterbury's Hamish Schreurs in third.

Christie made his move when the riders returned to begin the inner city circuit that included the climb up Bluff Hill.

"I went with Jesse Sergent to chase the break on our first lap back in the town. From there I was able to ride through the groups to the front," Christie said.

"The win is pretty special. I used to dream of a World Tour career or a Pro Continental ride but each time I tried I seemed to get shut down. I hope it will help but I am not too fazed. I just want to race my bike."

The former under-23 time trial winner was third last year and fourth in 2014, and in the top four in the time trial for the past three years.

The powerful group behind that included the likes of Sergent and fellow World Tour stars Sam Bewley, Patrick Bevin and Greg Henderson, ran out of legs as they chased Christie to the line.