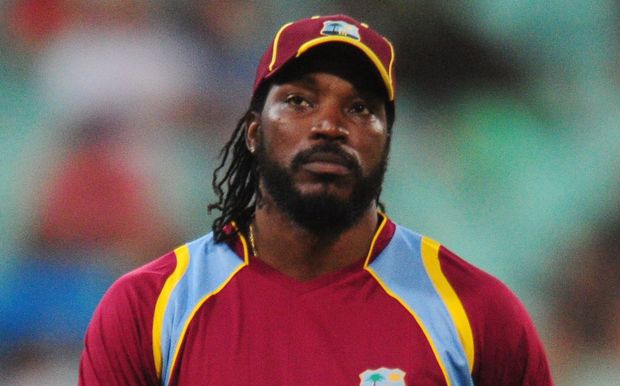 Chris Gayle is in hot water over comments he made to a female reporter. Photo: PHOTOSPORT

The big-hitting West Indian had described his attempt to flirt with the Network Ten reporter Mel McLaughlin live on air as a "simple joke" with no offence or disrespect intended.

However, his comments provoked widespread condemnation as sexist and inappropriate and Renegades CEO Stuart Coventry announced that Gayle would be fined $10000 by the franchise with the money to be donated to charity.

Gayle cut short a media conference at Melbourne Airport which was called over the issue.

"There wasn't anything meant to be disrespectful or offensive to Mel. If she felt that way, I'm really sorry for that," Gayle said.

"Things get out of proportion but these things happen."

McLaughlin appeared to be rattled by the interview.

"Hopefully, we can win this game and you and I can have a drink after. Don't blush baby," Gayle told the reporter.

The laughing batsman said his dismissal allowed him to "come to this interview to see you".

"That's the reason why I'm here, just to see your eyes for the first time," he said.

Network Ten's head of sport David Barham said McLaughlin would be forced to deal with the incident for a long time.

"For him, he just moves on. What about Mel?" Barham told the network's Studio 10 programme.

Barham said fans would no longer hear from Gayle on or off the field.

"I've lost a bit of confidence in that Chris is going to say the right thing out on the pitch," Barham said.