West Indies were 248 for seven in their first innings when rain interrupted play for the third and final time half an hour after lunch on the second day of the third Test against Australia in Sydney.

Only 11 overs and two balls were able to be bowled. 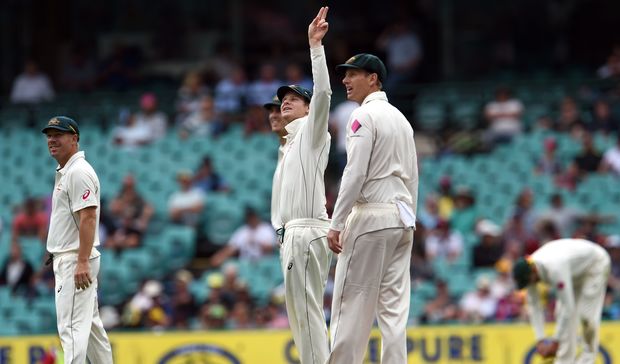 Carlos Brathwaite gave the action-starved crowd at the Sydney Cricket Ground a brief burst of entertainment with a flurry of boundaries but the rain started falling again soon after he was dismissed for 69.

Australia paceman James Pattinson was slugged for two sixes, one a huge shot over the covers, before finding his range and taking out Brathwaite's off-stump.

Brathwaite has been one of the few bright spots for West Indies on what has otherwise been a miserable tour and his 71-ball innings, which included seven fours and four sixes, gave him his second half century in his second Test.

Denesh Ramdin will resume on 30 not out alongside Kemar Roach, who has yet to score, on day three.

Only three balls were bowled in the first two hours of scheduled play and another 21 before lunch after the action resumed briefly at noon.

Nearly three hours of play were lost to rain on day one of the match, a dead rubber after Australia racked up convincing victories in the first two Tests.