New Zealand tennis No.1 Marina Erakovic will play the unseeded Yulia Putintseva in the first round of the ASB Classic in Auckland next week. 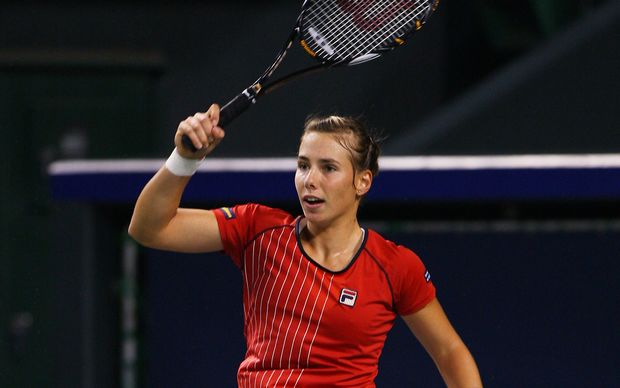 Erakovic has only played the 20-year-old from Kazakhstan once, losing to her in the first round at Wimbledon last year.

While it's her home tournament, Erakovic has not made it past the second round of the ASB Classic since 2008.

The 27-year-old hasn't played any tournaments in months, after a knee injury ended her 2015 campaign at the US Open.

Erakovic said she was happy with her fitness, with her body back to 100 percent, and she just lacked game time now.

If she beats her opponent - who's ranked 58 places higher than her currently - the Aucklander will come up against Belgian eighth seed Alison van Uytvanck in the second round.

Tournament top seed and defending champion Venus Williams should ease past her first round opponent, the 75th-ranked Daria Kasatkina from Russia, while second seeded Serb star Ana Ivanovic is set to play a qualifier.

The tournament will run from January 4-9.

The ASB Classic first round draw:

Qualifier vs. B. Strycova (CZE)

Qualifier vs. B. Mattek-Sands (USA)

Qualifier vs. A. Ivanovic (SRB)