There's no reason why Pakistan bowler Mohamed Amir shouldn't be allowed in to the country to play the Black Caps in the upcoming series, New Zealand Cricket David White said.

Amir, a convicted spot-fixer, has been named in the Pakistan one-day and Twenty20 squads for their upcoming tour of New Zealand, after serving a five-year ban from the sport. 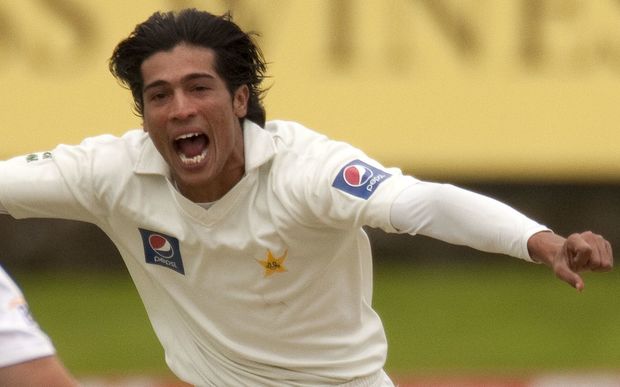 Amir agreed to deliberately bowl no balls during a Test match against England at Lord's in 2010.

While the cricket board had not yet had a chance to discuss Amir's selection, White said he was personally comfortable with him travelling to New Zealand.

The bowler was a young man who did something wrong a number of years ago and admitted guilt immediately, White said, and Amir had served his time and done everything requested of him by the ICC - so White was satisfied that the 23-year-old was allowed to play all forms of cricket.

Amir's selection for the New Zealand tour is still subject to visa approval.

The tainted bowler's presence in the Lahore preparatory camp had met with objections from some quarters, with Pakistan's one-day skipper Azhar Ali offering to resign.

The Pakistan Cricket Board rejected Azhar's resignation, and he remained the captain for the 16-member ODI squad.

Mohammad Hafeez, another senior player who expressed reservations about playing with Amir, is part of both the ODI and Twenty20 teams.

The bowler had returned to competitive domestic cricket in March and also participated in the recent Bangladesh Premier League.

He enjoyed a string of positive matches with the Chittagong Vikings.

Amir will face stiff competition for a place in the ODI XI from three other left-arm pacers - Wahab Riaz, Rahat Ali and Mohammad Irfan.