The All Blacks made history in 2015 as the first team to win back-to-back Rugby World Cups - and the first to win the William Webb Ellis Cup three times. 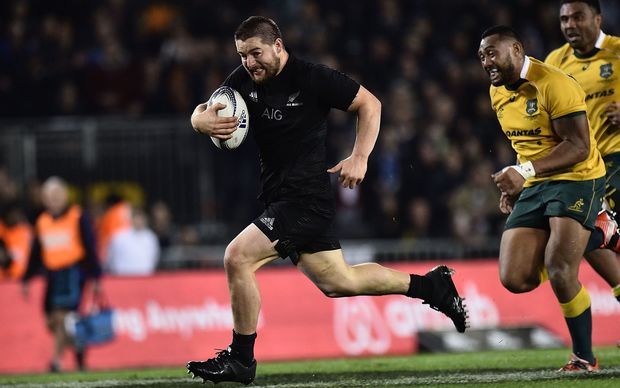 All Black Dane Coles sprints to score against Australia at Eden Park in August 2015. Photo: PhotoSport

His speed, ball skills and all-round ability set him apart from most of the other international front-rowers, with many experts describing Coles as having "revolutionised" the role of the modern hooker.

At 29-years-old, he'll inherit Mealamu's leadership role in the All Blacks' senior group. He has already been nominated, alongside Nonu and Carter, for New Zealand's player of the year award.

Coles stellar year was capped by being named the new Hurricanes Super Rugby captain for 2016.

RNZ sports reporter Joe Porter caught up with the man described by All Blacks coach Steve Hansen as integral to their fast-paced game to talk about the Rugby World Cup, his future and fatherhood.

Watch the other videos in this series