New Zealand driver Scott Dixon has had another stellar year, winning his fourth IndyCar Series title on a dramatic last day of racing in California. 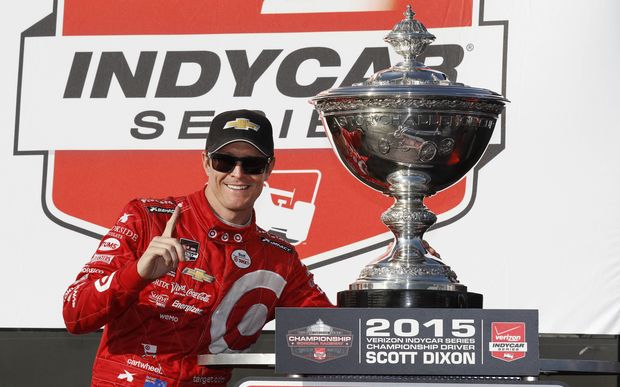 Dixon was what he called a "longshot" heading into the final round - 47 points behind series leader Juan Pablo Montoya, in third place.

The New Zealander needed to win in Sonoma and was hoping Montoya would finish outside the top five.

The New Zealander was then awarded the title on countback, as he had won three series races to Montoya's two.

Dixon spoke to RNZ sports reporter Joe Porter about why the 2015 IndyCar title felt like his greatest yet.