Canterbury have won the first domestic one day cricket game of the summer, beating Central Districts by six wickets in Napier.

Chasing Central's 167 all out midway through the 43rd over at McLean Park, Canterbury cantered to the target, the visitors finishing on 168 for four in the 42nd over. 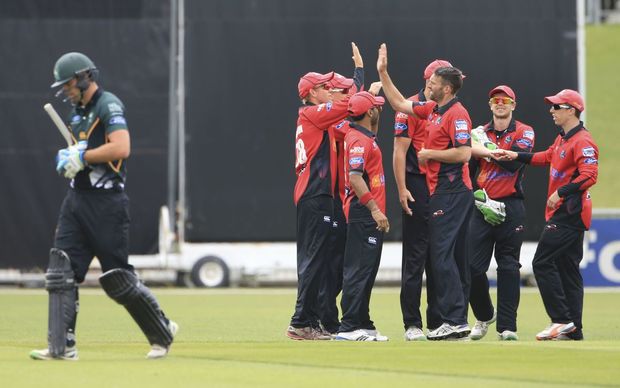 Wellington also made it look easy in their opening Ford Trophy fixture with a five-wicket home victory over Northern Districts at the Basin Reserve.

The visitors made 267 for nine and that was never going to be enough with the Firebirds bowler Brent Arnel taking four wickets for 45 and Craig Cachopa hitting 95, backed up by Stephen Murdoch's 83 not out.

It was a lot closer down in Alexandra, where visitors Auckland beat Otago by two wickets.

The Volts made 313 for eight at Molyneux Park and in reply the Aces made 314 for eight, with three balls remaining.