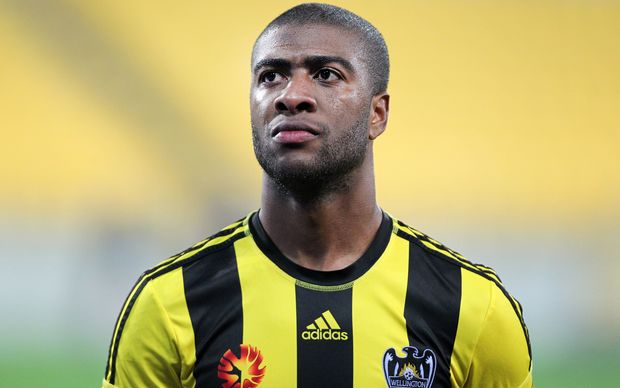 Manny Muscat drew a good save from Adelaide goalkeeper Eugene Galekovic in the 21st minute, the right back volleying a corner on goal, only for Galekovic to tip it over the bar.

Curaçaoan linchpin Roly Bonevacia saved a certain goal from an Adelaide corner shortly after that, the import clearing the ball right off the line.

Unfortunately for the visitors, Muscat scored the game's opening goal three minutes before half-time after another Reds corner, the Malta international skying a shot into the top corner of his keeper Glen Moss's net.

Fijian striker Roy Krishna had a sure goal saved by either Galekovic's feet or a defender five minutes after the break as the Phoenix came out strong.

Then two decent penalty shouts in one move went unrewarded as first Spanish midfielder Albert Riera, then Krishna were seemingly brought down in the box - but referee Chris Beath saw nothing wrong.

And it went from bad to worse for the visitors. After yet another foul on Bonevacia - the A-League's most fouled player - failed to draw a free kick right on the Adelaide penalty box, Riera was harshly given a second yellow card on 56 minutes and sent off.

Down to 10 men, the Phoenix kept playing football but were undone again when Moss was at fault for the home side's second goal, as striker Craig Goodwin's shot from outside the area slipped past him on the 72nd minute mark.

Two minutes later a good save from Moss rebounded off the post and fell to the feet of defender Michael Morrone for a simple finish.

Adelaide were caught napping six minutes from time but Krishna again couldn't finish past Galekovic on the far post.

So the Phoenix's two-game road trip starts off in losing style. They next play at Central Coast on New Year's Eve.