Steve Smith's incredible transformation from discarded legspinner to superstar batsman has been recognised with the International Cricket Council's Cricketer of the Year award. 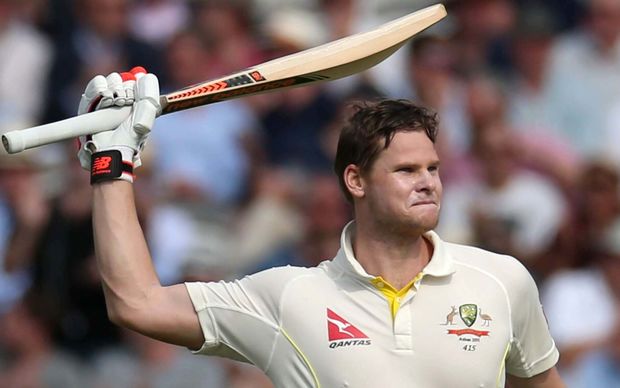 Smith was also named Test player of the year, having totalled a staggering 1734 runs at 82.57 from 13 Tests in the voting period.

That stretch included Smith's maiden Test double century at Lord's this year and the four centuries he scored against India last summer.

The 26-year-old was appointed Australia's captain following Michael Clarke's retirement this year, and he said he was thrilled with his progress since being recalled to the Test side in 2013, having debuted as a legspinning allrounder in 2010.

But he said the disappointment of losing the Ashes remained.

Smith's win keeps the Sir Garfield Sobers Trophy in Australia for the third straight year after pace bowler Mitchell Johnson and his predecessor as skipper, Michael Clarke, won in 2014 and 2013.

Smith scored four centuries and 1,249 runs in 25 one-day internationals from September 18, 2014 to September 13, 2015, notching up the winning runs as Australia stormed to a fifth World Cup triumph.

"I'm obviously completely surprised by it, very humbled," said Smith, who was also part of the team that lost the Ashes to England during the voting period.

"You don't think about these accolades, you just want to go out there and do the best you can for the team and try and win as many games as possible."

"My favourite moment would have to be winning the World Cup, playing against New Zealand at a packed house at the MCG. It was an amazing feeling to be able to hit those winning runs."

South Africa batsman AB de Villiers was rated the best player in the one-day game, winning the award for the second successive year.

The 31-year-old's brilliant quickfire batting lit up the World Cup, not least his unbeaten 162 against West Indies in Sydney, and he racked up 1,265 runs in total at an average of nearly 80 an innings over the relevant period.

His team-mate Faf du Plessis won the award for best Twenty20 performance of 2015 for his 56-ball innings of 119 against West Indies in January, the third highest score of all time in T20 internationals.

Australian paceman Josh Hazlewood was named best emerging player, while the Spirit of Cricket Award went to New Zealand captain Brendon McCullum, who made a virtue of his team's sportsmanship as he led them to the final of the World Cup.

McCullum said on Tuesday that he would be retiring from international cricket after the two-test series against Australia in New Zealand in February.

Australia captain Meg Lanning was the women's One Day International Cricketer of the Year, while her West Indies counterpart Stafanie Taylor won the women's Twenty20 award.

Khurram Khan of the United Arab Emirates was named Associate and Affiliate Cricketer of the Year, while England's Richard Kettleborough was named best umpire for a third year in a row.