Alama Ieremia has been appointed as the new director of coaching and head coach of Manu Samoa. 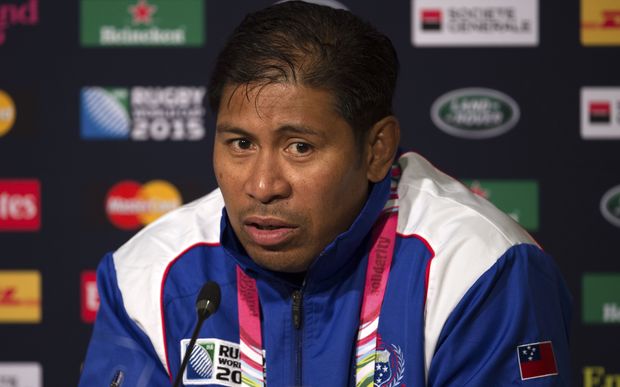 The former Samoa and All Blacks midfielder was confirmed in the role at a Samoa Rugby Union Board meeting last night, replacing Stephen Betham, who resigned after a disappointing World Cup campaign.

He was recommended by a five-person selection panel chaired by former All Blacks captain Graham Mourie and made up of SRU and World Rugby representatives.

It will be the first head coaching job for the 45-year-old, who has spent the past decade as an assistant coach with Suntory in Japan, Wellington and the Hurricanes in New Zealand and Manu Samoa since 2014.

He was a part of the Manu Samoa coaching staff during their underwhelming World Cup campaign, where they finished fourth in their pool and failed to qualify for the quarter finals or the 2019 tournament.

Ieremia himself said he was honoured and humbled to be chosen for the position but knew there was a lot of work to do.

"I am realistic about the challenges that face our union and our rugby teams. It's exciting to be part of the changes at SRU and my first priority will be to align how we develop our work on the field, with the priorities set off the field," Ieremia said.

"It is a privilege to be head coach of Manu Samoa and as a former player, I know it comes with great responsibility. It is important to learn lessons from this year's disappointing World Cup campaign and my immediate attention will be on restoring pride in our team".