The 110-strong fleet in this year's Sydney to Hobart yacht race is facing a rough trip south but conditions are not expected to be as severe as in 1998 when six sailors lost their lives. 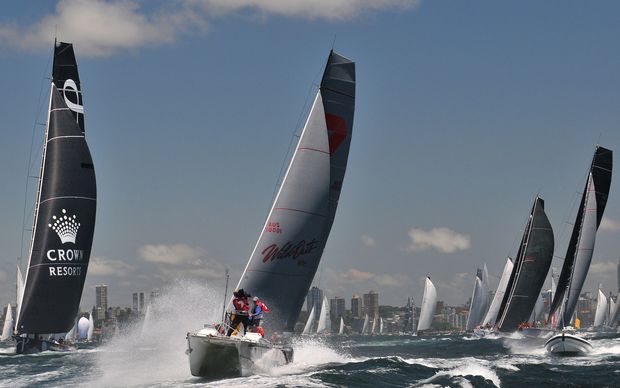 The Bureau of Meteorology's long-range forecast has the race starting in pleasant conditions on Sydney Harbour on Boxing Day before the fleet confronts a southerly change as it heads down the New South Wales coast.

Conditions then may make a turn for the worst if a possible low develops in the Bass Strait east of Tasmania on the second day of sailing.

In 1998 on the second day of the race a low intensified south of Gabo Island, where yachts head into Bass Strait and east towards Tasmania.

More than a dozen boats detected wind speeds reaching up to 80 knots and seas up to 20 metres high. Of the 115 yachts that started, 71 retired. Seven boats were abandoned and five sank, while 56 crew members were rescued but six perished at sea.

Strict new safety measures were introduced following the 1998 tragedy and no lives had been lost since.

Wild Oats XI was preparing for the worst end of the forecast spectrum in pursuit of a ninth line honours victory, navigator Juan Vila said.