In this most unpredictable of Premier League seasons, a small club from a dormitory town just outside London are adding to the sense of romance. 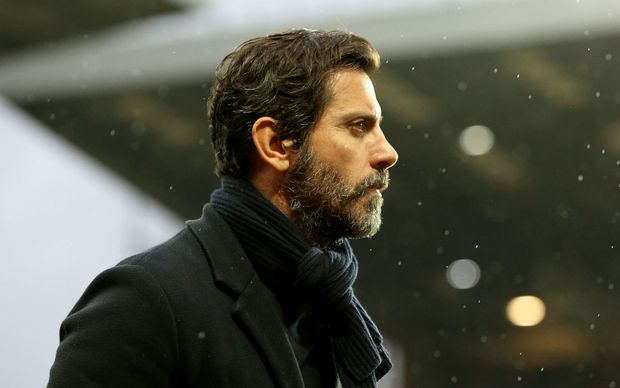 On the day after Leicester City, bottom of the league a year ago, ensured they would be leaders over Christmas, Watford beat five-time European champions Liverpool for the first time since 1986 to move just a point off the four Champions League places in seventh place.

"I don't want to talk about that (possibility)," said Watford's Spanish coach Quique Sanchez Flores, who only took over in the close-season and had to integrate more than a dozen new players into a squad that had just won promotion.

Having taken his first job in England when successful manager Slavisa Jokanovic left the club in apparent turmoil by failing to agree a new contract, Flores has cleverly added some of the new recruits to last season's winning blend.

Above all, he has played to the strengths of strikers Troy Deeney, the club captain, and Nigerian international Odion Ighalo, who scored 41 league goals between them last season.

Those who doubted the pair would succeed at the higher level claimed justification after Watford failed to score in four successive games early in the new campaign.

Then Deeney, 27, who once served three months in prison after a conviction for affray, was moved to a position slightly behind Ighalo and the partnership took off again.

They now have 17 goals between them out of the team's 21, with each having scored in four successive games at one time or another.

"Of course, we want to dream but we want to remain humble," Sanchez told reporters.

Supporters are dreaming of bringing European football back to Vicarage Road, where the two main stands are named after the men behind the most successful period in the club's history some 30 years ago.

With the financial support of rock superstar Elton John -- owner from 1976-87 and now life president -- manager Graham Taylor was able to build a team that rose within six seasons from the fourth tier to finish runners-up in the top division to Liverpool, qualifying for the UEFA Cup.

After Taylor left in 1987, going on to manage Aston Villa and England, Watford were relegated and have returned on only two subsequent occasions, finishing bottom each time.

Today's victory meant Sanchez's team have already matched the 28 points from the whole of the last top level campaign in just 17 games.

Whether they maintain the current momentum will be tested in the next fortnight with fixtures against Chelsea, Tottenham and Manchester City.

Deeney, however, is in no doubt. "Bring it on!" he laughed immediately after helping create another small piece of history with the club's biggest ever victory over Liverpool.

Liverpool are four points behind Watford in ninth place.

In the day's other game Swansea and West Ham drew nil-all.... West Ham are eighth and Swansea 18th.