Dutchman Guus Hiddink has confirmed he has held talks with Chelsea about becoming the English Premier League club's interim manager - but says he's not made up his mind about accepting the role. 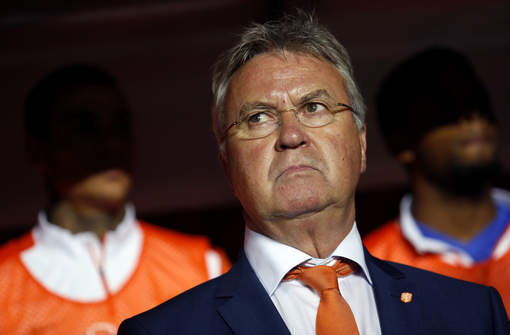 Hiddink, who performed a similar role in 2009 at the west London club, is favourite to replace Jose Mourinho who was sacked by the English champions yesterday after Chelsea's dismal start to the season.

"I want to gather as much information as possible. Chelsea indeed has a lousy performance and there are reasons for it," the 69-year-old was quoted as saying by Dutch paper De Telegraaf.

"First, I want to get a good understanding of this, before I make my decision."

On whether he would be at Stamford Bridge for Chelsea's game against Norwich City on Sunday (NZ time) Hiddink said: "That (attending the game) is something the coaches do.

"Whether I go to see the match depends on my first conversation. Depending on the outcome, I will determine whether I remain longer in London to discuss the matter further."

The problem was, of course, that the global scoop was wrong.

"Aussie Guus" steered the Socceroos to a drought-breaking World Cup in 2006.