Jose Mourinho has been sacked as manager of English Premier League football champions Chelsea after a calamitous run of results left the west London club one point above the relegation zone. 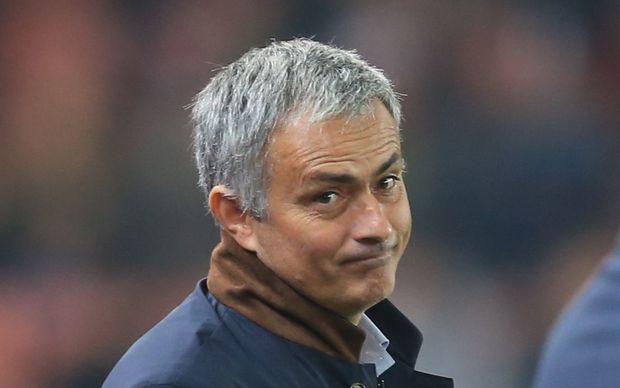 A statement said Chelsea and the 52-year-old Portuguese Mourinho had parted company by "mutual consent" seven months after he led them to the title by an eight-point margin.

Chelsea's 2-1 defeat at surprise league leaders Leicester City on Monday, their ninth defeat in 16 league games since the start of a season that has gone spectacularly wrong, proved to be the final straw for Russian owner Roman Abramovich.

After that latest setback Mourinho accused some of his players of "betraying my work".

"All at Chelsea thank Jose for his immense contribution since he returned as manager in the summer of 2013," a statement on the club's website said.

"His three league titles, FA Cup, Community Shield and three League Cup wins over two spells make him the most successful manager in our 110-year history.

"But both Jose and the board agreed results have not been good enough this season and believe it is in the best interests of both parties to go our separate ways.

"The club wishes to make clear Jose leaves us on good terms and will always remain a much-loved, respected and significant figure at Chelsea."

Chelsea said they would not be making any further comment until a new appointment was made.

Dutchman Guus Hiddink is the bookmakers' favourite to take over as interim manager, having done so successfully in 2009 when Chelsea fired Brazilian Luiz Felipe Scolari.

Few could have foreseen Chelsea's decline this season, especially as Mourinho was rewarded with a new four-year contract in August.

The squad is virtually identical to the one that dominated last season's Premier League and won the League Cup.

Yet the defeats have piled up, leading players Diego Costa and Eden Hazard have at times looked distracted and there has been talk of dressing room unrest at the club.

Ahead of this weekend's home clash with Sunderland, Chelsea have managed only 15 points during their worst start to a season since they were relegated from the top flight in 1978-79.

The only silver lining for Mourinho this season came in the Champions League where victory against Porto last week ensured the Blues reached the last 16 of the competition.

Mourinho, rated as one of the world's best coaches, joined Chelsea having won the Champions League with Porto in 2004, announcing himself as "the special one".

He won back-to-back titles, as well as the League Cup and FA Cup, for Chelsea during his first spell but fell out of favour with Abramovich and left the club in 2007.

He was welcomed back as a returning hero in 2013 after spells at Inter Milan, where he again won the Champions League, and Real Madrid, and duly delivered a third Premier League title - but this season has seen Chelsea go off the rails.

They have lost the same number of league games this term as they did in his first three seasons combined from 2004 to 2007, but it is defeats by the less glamorous clubs like Leicester, Southampton, West Ham United and Stoke City that really hurt.

Acknowledged as the most successful manager in Chelsea's history, and claiming they would not be able to find anyone better, he retained the affection of many fans to the end but crucially seems to have got less backing from some players.

Despite the loyalty of the Blues supporters to their Portuguese coach, however, Abramovich had seen enough.