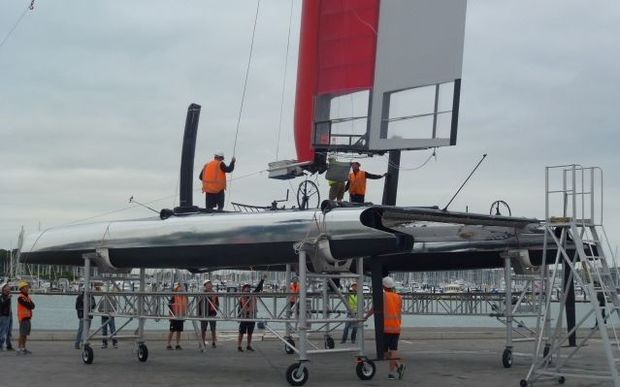 The team spent several hours on the Waitemata Harbour - the first time they've sailed a boat including new design ideas since losing the 2013 Cup final in San Francisco.

The boat had been built and developed by Luna Rossa, but elements designed by Team New Zealand have been added.

The Italian team invested heavily in developing the boat before quitting the 2017 Cup, unhappy at rule changes imposed by the defender Oracle's event arm.

The hulls are the AC45 class similar to those being sailed in the America's Cup World Series, but with design improvements created by both the Italians, and Team New Zealand.

"Foils, control systems and bits and pieces can be difference, and this is very much a test boat and will be used as such," said the skipper Glen Ashby.

"The performance of this boat should be far in excess of what we're seeing in the World Series. At times potentially 50 percent better."

Acquiring the Italian boat has allowed Team New Zealand to speed-up their development programme ahead of launching their own AC45-based test boat early next year.

The deal continued the close relationship between the New Zealand and Italian challengers, following the 2013 Cup in which Luna Rossa bought Team New Zealand's boat design.

Max Sirena watched with mixed emotions as the boat, built by his former team and still in its silver and red Luna Rossa livery, was readied in Auckland. 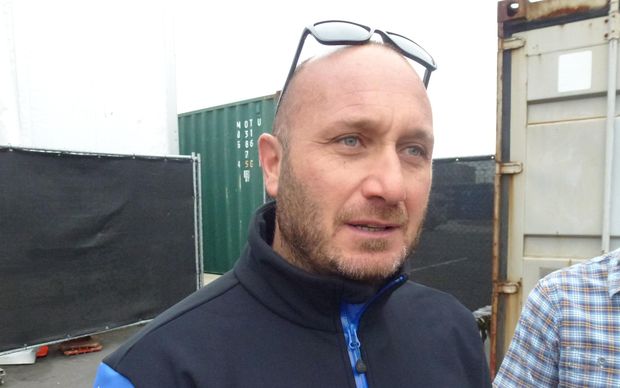 "It's gonna take a bit to digest what happened, but I'm happy to see the boat back in the water." said the former Luna Rossa skipper.

"There's been a lot of work done on this boat and I'm happy to see the boat sailing with the Kiwi flag, and I hope it's gonna be a boost to the team."

Team New Zealand's own campaign has been out of the water since losing the 2013 Cup final to Oracle in San Francisco.

The team is sailing the World Series in one-design AC45 boats, and leads Oracle heading into the first of the 2016 rounds in Oman in February.