Manchester United have crashed out of European Football's Champions League with a 3-2 defeat to Wolfsburg. 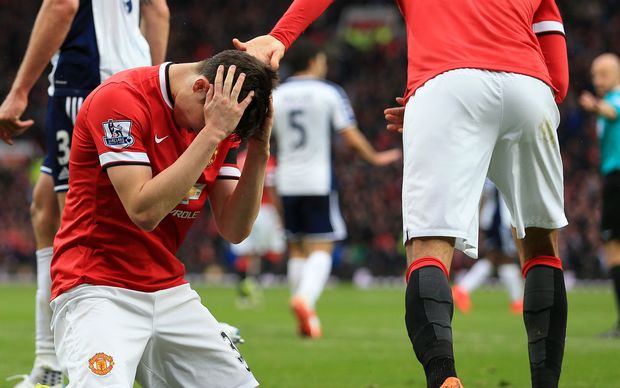 Wolfsburg will be joined in the last 16 by Dutch club, PSV Eindhoven, who took second place in Group B after beating CSKA Moscow 2-1 at home.

United had taken an early lead in Germany when Anthony Martial expertly found the net after 10 minutes, but Brazilian center back Naldo drew the Germans level with a precise volley and Portuguese midfielder Vieirinha swept home to make it 2-1.

United were set to reach the next round when an own goal by Josuha Guilavogui levelled the scores at 2-2 with eight minutes left but Naldo grabbed his second and left the visitors needing PSV Eindhoven to lose at home to CSKA Moscow.

For a brief moment late in the second half it looked like United would get their wish, but PSV rallied to level and then snatch a 2-1 win that left them second in the standings on 10 points, two ahead of United and two behind Wolfsburg.

After Andre Schuerrle had flashed an early effort over the bar for Wolfsburg, United took the lead through Martial after an incisive break led by Juan Mata.

The Spanish playmaker was allowed space to turn in midfield and produced a superb defence-splitting pass to find the Frenchman racing through on goal. Martial took a touch, opened his body up and slotted into the corner.

The Germans counter-punched almost immediately, however.

Ricardo Rodriguez whipped a free kick into the area and Naldo swung his right boot at the ball to direct a pinpoint low volley past United keeper David De Gea.

The loss means Manchester United have been condemned to play in the Europa League.