Everton striker Romelu Lukaku struck a late equaliser to salvage a 1-1 draw against a solid Crystal Palace side in an absorbing English Premier League football match at Goodison Park. 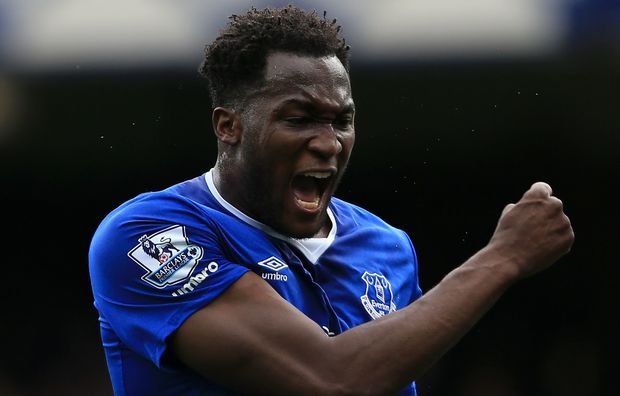 The Belgium striker, who had earlier twice hit the woodwork, steered the ball home from a deflected Gerard Deulofeu cross in the 81st minute to give the hosts a deserved share of the points.

Palace had taken the lead five minutes earlier thanks to a towering Scott Dann header from a corner after the centre back escaped the marking of midfielder Gareth Barry.

The result takes Palace up to sixth place with 23 points from 15 games, above West Ham United and Liverpool on goal difference, while Everton are up to ninth with 22.

Lukaku's equaliser was the least he deserved on a night when he tested the Palace defence to the limit with his powerful running and trickery outside the penalty area.

In the 21st minute he got hold of a loose ball on the edge of the box and curled a left-foot shot against the far post and he also hit the bar in the 78th with a fierce left-foot strike.

In between, Palace striker Connor Wickham almost put Everton ahead just past the hour with a backward header which came back off the bar as he tried to defend a Ross Barkley free-kick.

With the game seemingly set for a draw Dann broke the deadlock but Lukaku had the last word with his 50th Everton goal on his 100th competitive appearance for the club.

"We had a lot of chances and we were unlucky when we hit the crossbar," Lukaku told Sky Sports. "After their goal we reacted well, it shows we have great character in the team.

"I'm proud (of reaching 50 goals) but I'm a team performer, so I'm happy with the record but disappointed we didn't get the three points," added Lukaku, who has scored in Everton's last five league games and the last six matches in all competitions.