The All Blacks coach Steve Hansen has confirmed that Kieran Read will be his captain next year. 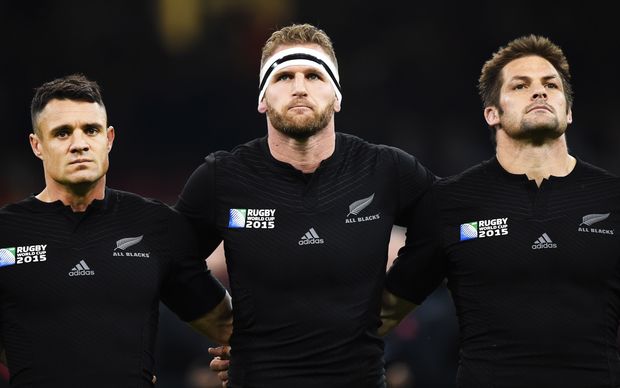 Dan Carter, Kieran Read and Richie McCaw aren't the players they were a few years ago. Photo: Photosport

Speaking at a Sport New Zealand coaching conference in Auckland, Hansen said forming a leadership group is one of the main tasks for them over the next few months.

He said there is excitement that they now need to bring some other players through to the leadership group.

Hansen said picking the captain was no suprise as they'd used him before... Kieran Read.

However Hansen told the conference goers to keep it to themselves as he hadn't told him officially.

"We need a vice-captain as well and we need to replace the five leaders out of our leadership group, we run a shared leadership model."

"So we need to bring five guys through and how do we teach those to lead, because it's not something that just happens naturally," said Hansen.

The All Blacks start 2016 with 3 Tests against Wales here in June.