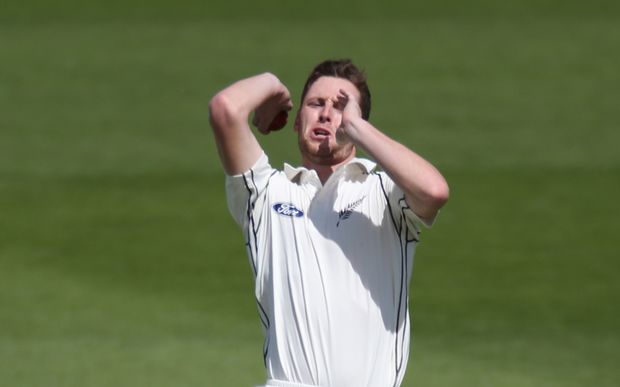 Henry's the only player who played in the three test series against Australia who's missing from the lineup with opener Martin Guptill and spinner Mark Craig retained.

All 12 players named by Coach Mike Hesson and selector Gavin Larsen were a part of the squad in the recent Tour of Australia, including Adelaide debutant Mitchell Santner.

Santner performed well with both bat and ball in his opening Test and coach Mike Hesson said he thoroughly deserved the opportunity to continue showing his skills during the home summer.

"The level of composure Mitchell showed on debut was very impressive and he certainly displayed how exciting a player he is with both the bat and ball," said Hesson.

"His ability to bat in the top six and bowl good overs gives us options and assists the team balance. We're looking forward to watching Mitchell's continued development."

Hesson said Wagner had earned his way into the 12 and also showed confidence in Mark Craig and Martin Guptill to perform in the upcoming series.

"Neil impressed in Australia and not only showed that he'll run in hard all day, but was swinging the ball again.

"Mark and Martin didn't perform to the level they would have liked over in Australia, but both have shown in the past what they're capable of and we're confident they'll make valuable contributions in the upcoming series.

"We think it's a strong squad, but equally we've got a group of players on the fringe of selection who are ready to be called upon if necessary.

Allrounders Corey Anderson and Jimmy Neesham were not available for selection due to fitness, while Matt Henry, Luke Ronchi and Hamish Rutherford will return to their domestic sides.

Wagner was also named in the President's XI to face Sri Lanka in a warm-up match in Queenstown beginning on Thursday, alongside a predominantly youthful side captained by Canterbury's Ryan McCone.