The Joseph Parker camp feels a world title fight may not be too far away for the New Zealand boxer. 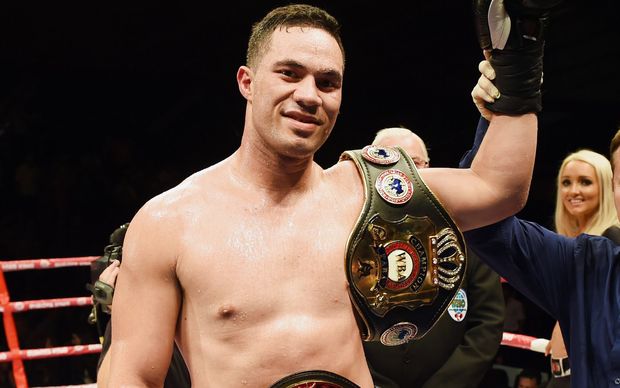 Joseph Parker after winning his bout with Jason Pettaway in March this year. Photo: PHOTOSPORT

The Briton now holds the WBA, IBF and WBO belts.

Parker is ranked fifth in the WBO and his trainer Kevin Barry says Fury is likely to concentrate on just one belt, which could open opportunities for others.

"There is no way that Tyson Fury with the exciting lucrative fights that are in the UK for him at the moment will keep all those belts. I think that over the next couple of months he will walk away from a couple of those belts so I think what's going to happen, the good thing for our camp and Joseph Parker is that some of these belts are going to be up for grabs very very soon."

Joseph Parker takes on the towering 6'7" American Daniel Martz in Hamilton this weekend.

Martz will be both the tallest and youngest opponent that Parker has faced to date and will enter the ring with an impressive record, including 14 wins, 11 coming by way of knockout.