The New Zealand sailor Andrew Murdoch is well placed for a podium finish at the 2015 Finn World Championhips in Auckland. 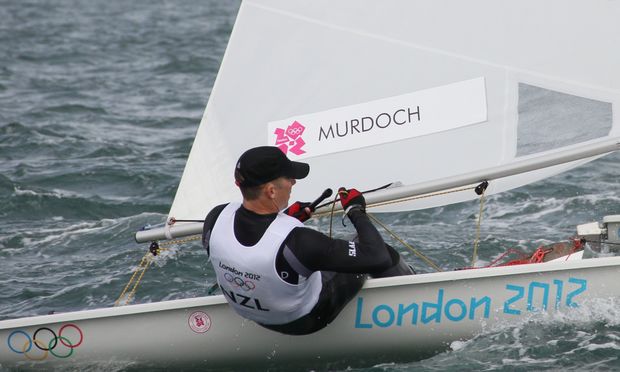 His compatriot Josh Junior is in 14th place overall at the end of Saturday's sailing and as a consequence has missed the top ten cut for the medal race.

The gold medal is off the table after the runaway Briton, Giles Scott, opened up enough of a points lead after race nine to ensure his title defence is secure.

All he needs to do is show up.

Behind Scott, Jonathan Lobert of France is lying second overall, nine points ahead of Murdoch.

A fifth and a third in Saturday's races lifted Murdoch into podium position.

"It was good to get two races in the bag that were definite keepers," says Murdoch.

"That was the main goal after day three - to get myself back in contention for a medal again and I've managed to do that, and I'll be fighting hard for it tomorrow."

Sunday's programme includes a medal race for the top ten, worth double points.

If wind permits racing will commence at 11am tomorrow, Sunday.