Australia's dominated the first day of the inaugural day-night cricket test against New Zealand in Adelaide.

Martin Guptill had the dubious distinction of being the first batsman dismissed by a pink ball, which is being used in this historic test.

Kane Willamson was unable to carry on his good form and was the next to go for 22.

The Black Caps got to 94 for two and with Tom Latham and Ross Taylor looking comfortable, but they then lost three wickets in the space of ten balls to slump to 98-5.

Latham went for 50, Taylor for 21 and skipper Brendon McCullum 4 and they never recovered.

Partnerships were hard to come by and despite most batsman getting starts - debutant Mitchell Santner made 31, BJ Watling 29 and Mark Craig 11 - none were able to go on. 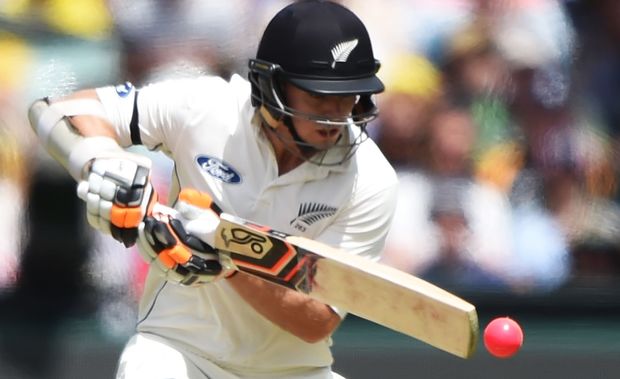 New Zealand needed early wickets to force their way back into the game and when left arm pace bowler Trent Boult removed David Warner for one, the Black Caps tails were up.

Doug Bracewell removed Joe Burns for nine to have Australia 34 for two but that was the Black Caps lot with the home side finishing at 54 for two, still trailing the Black Caps by 148 runs but with eight wickets in hand.

Almost 47 and half thousand people turned out at Adelaide Oval to watch the first day-night test match.

Despite the Black Caps low total they won't be able to blame the new pink ball which seemed to perform well and certainly retained its colour throughout which had been a concern before the match.

Picking up the ball in the twilight also didn't seem a problem for the players.

The Australian fast bowler Mitchell Starc had to leave the field part way through the New Zealand innings with an apparent ankle injury.

Starc, who suffers from bone spurs in his right ankle, hobbled from Adelaide Oval after taking three wickets.

While the extent of his injury was not immediately known, the left-armer has long been troubled by the chronic ankle injury which will eventually require surgery and at least three months out of cricket, Australian chairman of selectors Rod Marsh said in September.

Australia, who lead the series 1-0, have already retained the Trans-Tasman trophy following the draw in Perth. 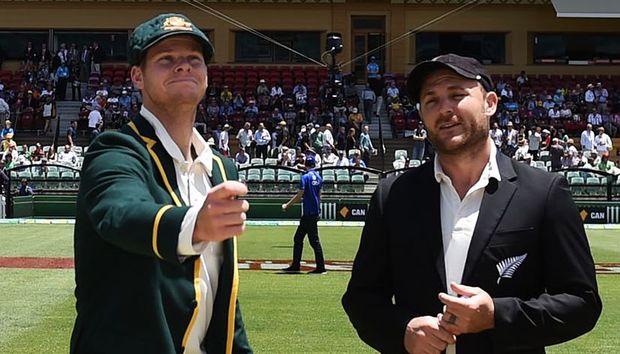