The New Zealand women's rugby sevens coach Sean Horan has included a number of young players in his team to compete in the opening tournament of the international Women's Sevens Series in Dubai next week. 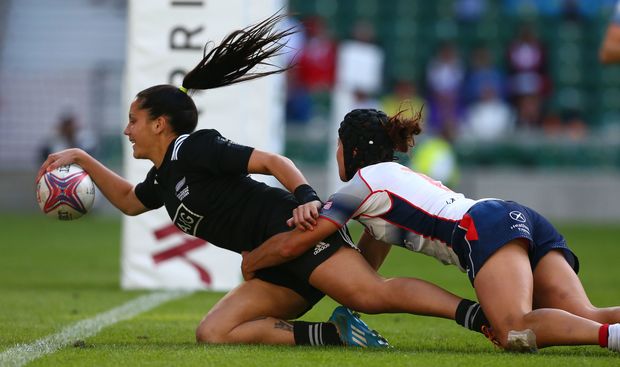 There is one new cap in the side with the selection of Niall Williams who comes from a very talented family... her brother is All Black Sonny Bill Williams, who is also attempting to make the men's sevens team for Rio.

Niall, who's played representative touch rugby for New Zealand, said she doesn't feel pressure to live up to her brother's name.

"The only pressure that's on me is what I put on myself and speaking to my brother he just said go out and have fun so it's just more about the experience rather than thinking about the name."

Williams said it would be a dream for both her and Sonny Bill to represent New Zealand in sevens at the Rio Olympics next year.

Head Coach Sean Horan said "we have a few injuries which have resulted in some changes, but going into Dubai we're really excited. We have the mainstay of Tyla, Kelly, Sarah and Portia and some up and coming players like Gayle Broughton and Hazel Tubic who have been going exceptionally well and some new blood so it's a great mix to take into the first tournament of the new season."

Of Niall Williams, Horan said "she's an amazing athlete similar to her brother. She's worked very hard over the last nine months to really make this happen. She's a very powerful and skilful player, coming from a touch background so that's good. Physically she's tough so we're excited. We're not expecting fireworks straight away, but she has real potential and we see a big future for her."

While the team secured their third straight Women's Sevens Series title last season and qualified for the Olympics by winning three tournaments, they dipped out in the last two tournaments.

"We were happy, but got a bit ahead of ourselves. Other teams were hungry for it and we did drop off. Looking forward we know Australia and Canada are big threats. USA and France did extremely well and we have the old foes of England and Fiji so there's plenty of competition out there. We're excited about that and we'll embrace the challenge."

"We have a strong foundation, but we will have to work and experiment. We want to win the World Series and we're confident in our plans and processes."