Former All Black Dan Carter's official introduction to French club Racing 92 appears to have been postponed.

Carter retired from international rugby after the All Blacks' victory in the Rugby World Cup. He is due to leave for France next week and was expected to be welcomed at the club ahead of their match against Toulouse on 28 November.

But French reports have suggested the match has now been postponed in the wake last week's deadly attacks in Paris. 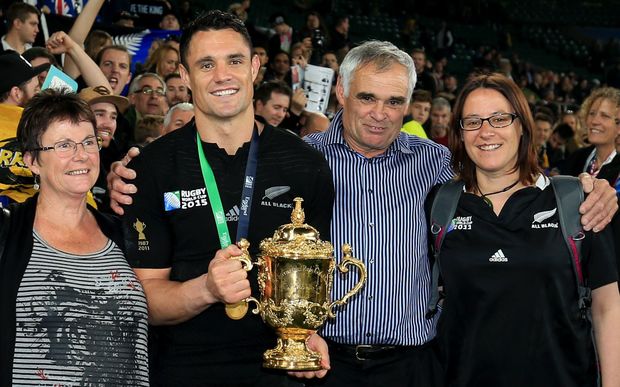 Dan Carter and family with the World Cup Photo: Photosport

Meanwhile Stade Francais' Champions Cup game against Munster on Monday has also been called off.

"After the recent tragic events, Stade Francais does not wish to put an additional burden on or to complicate the action of the police forces by organising a sporting event set to put together 15,000 spectators at the Jean Bouin stadium," Stade Francais said in a statement.

France is in a state of emergency after the attacks in Paris - which targeted bars, restaurants, a concert hall and a soccer stadium - killed 129 and injured 352.

Islamic State has claimed responsibility for the attacks.