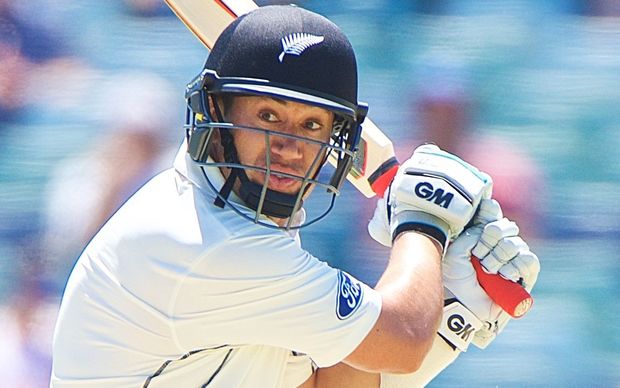 The Black Caps batsman Ross Taylor of cuts late for his century during Day 3 of the second test. Photo: PHOTOSPORT

"I had to have an eye test, I couldn't really see the ball. I have a pterygium in my left eye so the eye drops obviously worked."

Taylor's 290 was the highest score by a visitor on Australian soil.

Australia will start the fifth day of the second test in Perth on 258 for 2 in their second innings - a lead of 193 runs.

Taylor said he suffers from a dry eye condition which he thinks affected his performance in the first test, so he got medical treatment.

Pterygium is a common eye condition that affects people who spend a lot of time outdoors.

Taylor batted for almost nine-and-a-half hours and his 290 included 43 fours.