It was a great day for New Zealand cricket yesterday, but assistant coach Craig McMillan says they haven't really achieved anything as far as the second test in Perth is concerned. 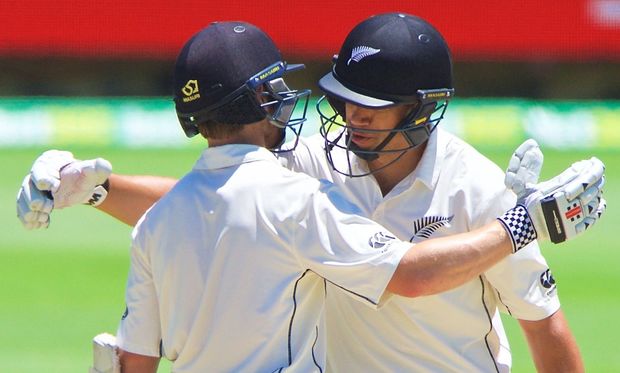 The Black Caps finished the third day of the second test on 510 for six, in reply to Australia's first innings of 559 for 9 declared.

Ross Taylor's unbeaten 235 is the highest ever score by a New Zealander against Australia, while Kane Williamson's 166 is his second century of the series.

Taylor's knock broke the previously held record of 188 by Martin Crowe, and the score came off just 308 balls.

McMillan said the performance, which included 34 fours so far, must rate as one of the best ever by a New Zealander.

But McMillan - the batting coach - said all it had done was put themselves back on level terms in the latest test.

Australian strike bowler Mitchell Starc said they will have to work hard to take New Zealand's last four wickets, on day four of the second test.

Starc unleashed an incredible spell of express pace bowling on day three, with one delivery clocked at just over 160 kilometres an hour, and during the salvo he broke the bat of New Zealand skipper Brendon McCullum.

But the day belonged to Taylor and Williamson, who shared in a 265-run partnership, New Zealand's highest test stand against Australia.

Meanwhile, luckless Australian batsman Usman Khawaja said he was shattered by his latest injury setback, but hoped to be back in action in time for the Boxing Day test against the West Indies.

Khawaja re-injured his left hamstring in the field during the test on Saturday, having been in top form in the series with two centuries.

His injury has opened the door for Shaun Marsh, Cameron Bancroft or Michael Klinger to play in the third test against New Zealand, a day-nighter later this month in Adelaide.

Elsewhere, rain washed out the entire second day's play in the second cricket test between India and South Africa in Bangalore, and the weather forecast for the next two days suggests a result is unlikely.

South Africa were restricted to 214 in their first innings and India were 80 without loss.