Whether former Warrior Russell Packer gets deported or not is out of their hands but the Australian Rugby League Commission chairman John Grant says the former Kiwis prop has the game's support. 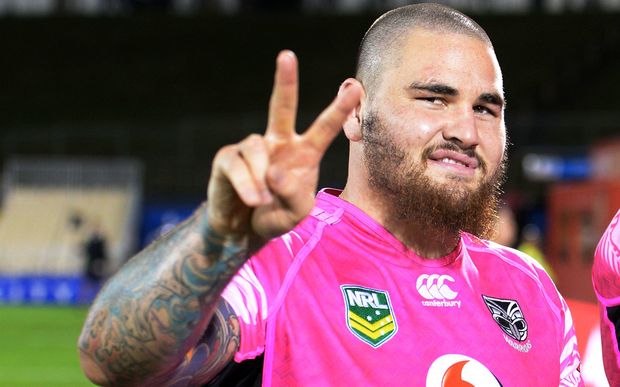 Packer is hoping to revive his NRL career after signing with the St George Dragons in October.

However the 26-year-old is reportedly facing deportation under new Australian immigration laws after being jailed for two years in 2013 for assault.

The office of immigration minister Peter Dutton says Packer's case is being reviewed but no decision has been made at this stage.

Grant says the government's decision is nothing to do with them but he's satisfied Packer has done enough to renew his career.

"We all know the journey Russell's been on but the way he's rehabilitated himself ... he's done everything that we believe to be a fit and proper person.

"What happens outside of that and what the government does is their call."

One man hoping Packer does stay in the country is new Dragons teammate Joel Thompson.

The NSW State of Origin prospect has formed a close friendship with Packer and is confident the 112kg prop isn't going anywhere.

"As a friend and as a player, I know what he does off the field and know what type of person that he is and it'd be a massive shame to see him go," Thompson said.

"He's just a genuine good guy. I'm looking forward to ripping into the season with him and running out into battle with him."

Packer didn't appear concerned as he sweated through the first day of pre-season training with his St George Illawarra teammates at WIN Stadium.

"I did a few training sessions with him in the off-season and he's a great mentor for the young guys and was dragging a lot of them through," Thompson said.

"Just talking to him, he's a great guy to have around the club. I honestly haven't had a conversation with him about it (deportation) and it hasn't been brought up here."

In October, minister Dutton said, generally, if a non-Australian citizen had broken the law - be it assault, theft or rape - they could "expect to have their visa cancelled and sent back to their country of origin".