Warriors halfback Shaun Johnson is back training, as he continues to recover from a broken ankle.

The 25-year-old missed the last couple of months of the National Rugby League season when he broke his ankle against Manly in July.

Johnson has been running, passing and kicking the ball at training. 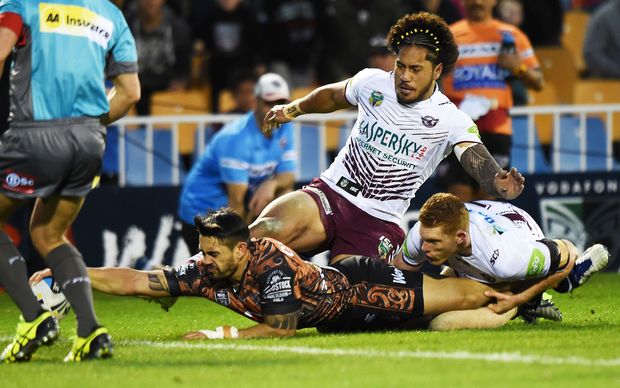 Shaun Johnson broke his ankle while scoring this try against Manly. Photo: Photosport

Johnson's injury all but signalled the end of the Warriors' 2015 title ambitions.

While Johnson is not expected to take part in February's Auckland Nines, any pre-season match-time he can fit in would be key for the Warriors.

The Warriors will have a very different look to their lineup in 2016 with Roger Tuivasa-Sheck joining the club at fullback and Issac Luke at hooker.

With Chad Townsend leaving the club for Cronulla, Tuimoala Lolohea is likely to be Johnson's new halves partner but coach Andrew McFadden may opt for the more experienced Thomas Leuluai or youngster Mason Lino in the No.6 jersey.