The New Zealand rugby league team's tour of England reaches its climax this weekend with the winner takes all final test of the three-match series, but why has the tour largely been ignored in the land of the long white cloud? 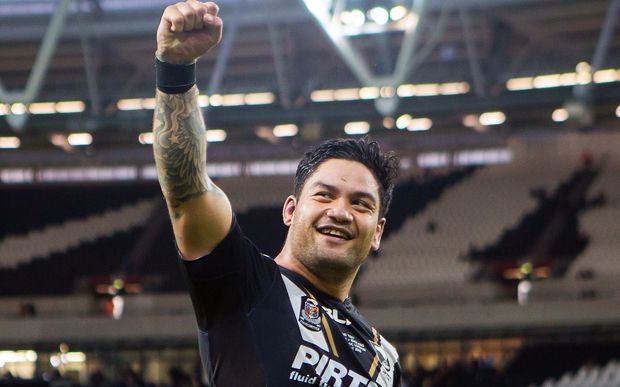 Pitting the World No1 ranked Kiwis against the third ranked hosts in a do or die test in northern England, the birthplace of Rugby League, would usually be a must watch for sports fans in New Zealand, but the tour has been marked by a distinct lack of interest from the media and public back home.

The timing of the Kiwis tour is the biggest problem, they played their first match against Leeds the day before the All Blacks World Cup semi-final against the Springboks, while the Kiwis first test against England was a day after the World Cup final.

"The Rugby World Cup was such a fantastic event, the All Blacks not only played well but we've probably never seen better ambassadors for the country.

"But I don't think we could have copped much more of the saturation coverage we were getting. People are starting to think about the beach now and there's a lot of people who are probably over it all a little bit and unfortunately for rugby league that 'over it' includes rugby league."

Kiwis co-captain Issac Luke concurred and said they did not feel slighted.

"It's hard to turn away from a great team [All Blacks] that's been able to do great things and put New Zealand on the map and all the accolades that they have grabbed.

"New Zealand is a rugby nation but we're [Kiwis] here to try and turn a lot of heads. Obviously we want to try and walk away with this series so we're just focused on our game."

However at odds with Luke and Lowe is head of New Zealand Rugby League, Phil Holden, who believes interest in the tour and the Kiwis is higher than ever before.

"The support for the team is only growing because they're delivering the results on the field and I'd have to say that when you look at that team and the young talent coming through you know we're on the cusp of quite a generational shift in the dominance of the game world-wide."

The apathy towards the tour back home is in direct contrast to that in England with near sell outs in Hull and at London's Olympic Stadium for the first two tests, while Sunday's series decider sold out well before the second match was even played.

New Zealand co-captain Luke joked that was because the English are desperate to someone to support following their pool stage exit from the Rugby World Cup, though Lowe believed there was a different reason behind the English interest in Sunday's test in Wigan.

"Wigan's the biggest rugby league club in the world. The fans at Wigan are something special and they know the desperate situation that rugby league in England is. The onus is on the England side to win this game to restore credibility."

Kiwis coach Stephen Kearney knows what victory would mean to England after the New Zealand knocked them out of the 2013 League World Cup and he was expecting a fairly hostile reception from the partisan crowd.

Kearney doesn't mind that and the Kiwis don't mind playing in the shadow of the Rugby World Cup.

They're simply focused on emulating the All Blacks winning feats and they get the chance on Sunday morning to do just that.