Netherlands and Belgium have sought legal advice over whether to seek compensation for the cost of their abortive football World Cup bid after discovering the choice of Russia for the 2018 finals was pre-planned.

The Dutch and Belgian associations have contacted a legal firm after suspended FIFA president Sepp Blatter said two weeks ago that football's world governing body agreed Russia would be hosts long before the completion of the bidding process.

Blatter made the disclosure in an interview with Russian reporters, sparking uproar from the joint Belgian-Dutch bid and from England who also bid for the right to host the finals. 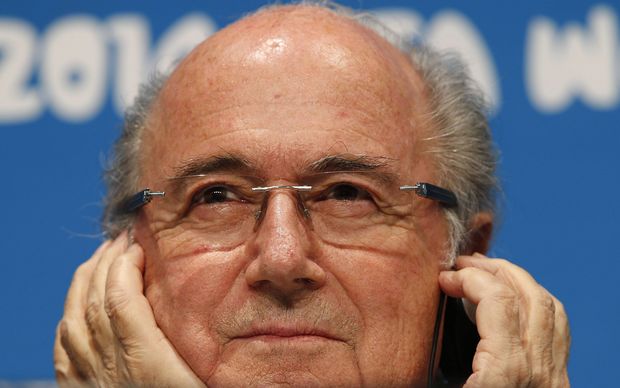 "An interview is not enough to take steps but we are preparing ourselves for the outcome of a continuing investigation," said a Dutch FA spokesman.

Francois de Keersmaecker, president of the Belgian FA, added: "In agreement with our Dutch colleagues we have asked a legal firm to see if we can claim for compensation.

"It was unethical to allow us to incur unnecessary costs while the outcome of the bidding process had already been determined.

The joint bid, which cost the Dutch and Belgians $NZ16 million went up against another joint bid from Portugal and Spain as well as individual bids from England and Russia in the vote to decide the hosts of the 2018 World Cup.

England were eliminated after the first round of voting and the Dutch-Belgian bid finished third in the second round, where Russia received the necessary majority to be declared winners.

The English FA are also seeking legal advice and have sent FIFA questions about the 2018 bid process.

The 2022 tournament was awarded to Qatar.

Blatter has been suspended from FIFA which has been rocked by a U.S. Department of Justice investigation into bribery, money-laundering and wire fraud at the sport's governing body. 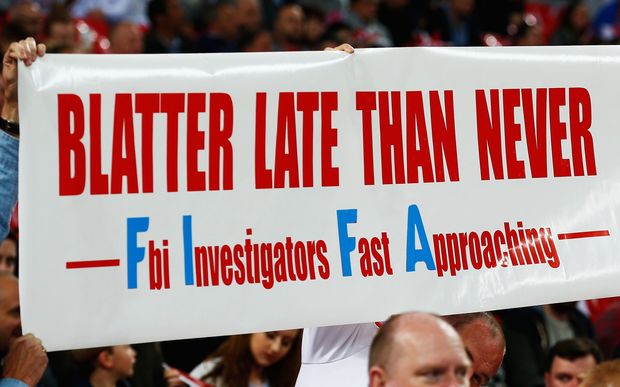 Fan holds a banner protesting against Sepp Blatter prior to Euro 16 qualifying match between England and Estonia at Wembley on October 9, 2015 in London. Photo: Getty Images

Blatter is serving a 90-day suspension imposed by FIFA's Ethics Committee, which is looking into a $NZ2 million payment Blatter made to Michel Platini in 2011 - a case that is part of a separate Swiss criminal investigation.