Heavy rain brought day four of the cricket Test between New Zealand and Australia in Brisbane to an end. 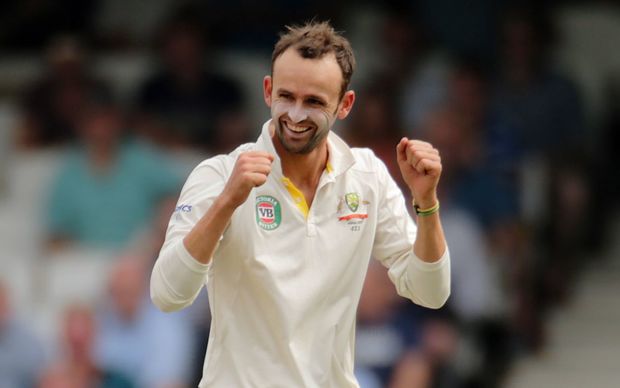 Look back at the day's action here

The bad weather appeared to have come at a good time for New Zealand who lost the wicket of in-form batsman Kane Williamson just before the tea break.

Just like earlier in the day when the hosts claimed the wicket of Tom Latham before lunch, Kane Williamson also fell just before the break after making 59.

Williamson's wicket was the third to fall for the Black Caps on day four of the Test at the Gabba.

Earlier in the afternoon session, Lyon also took the wicket of Martin Guptill, who edged his block to Australian captain Steve Smith at slip.

Guptill had battled his way to 23 runs without hitting a boundary.

Ross Taylor and the New Zealand captain Brendon McCullum are the two batters who will take to the crease for the Black Caps on day five.

Latham and Guptill appeared to do their best to keep their wicket from falling against a hot Australian bowling attack.

Unfortunately for Latham, he was caught in front of his wickets off the bowling of Mitchell Starc and was given out Leg Before Wicket.

Australia missed two opportunities to dismiss Guptill, the first came when he played a shot straight to Joe Burns at close in that couldn't stick in Burns' hands.

The other opportunity came later in the session, when Guptill cut a shot straight to the normally reliable hands of Nathan Lyon who was caught off guard and let the ball slip through his fingers over his head.

Latham's replacement at the crease was Williamson, who faced one ball before the umpires called an end to the morning session.