Brad Evans has convincingly won cycling's Tour of Southland after increasing his lead on the penultimate stage, the individual time trial in Winton on Saturday morning. 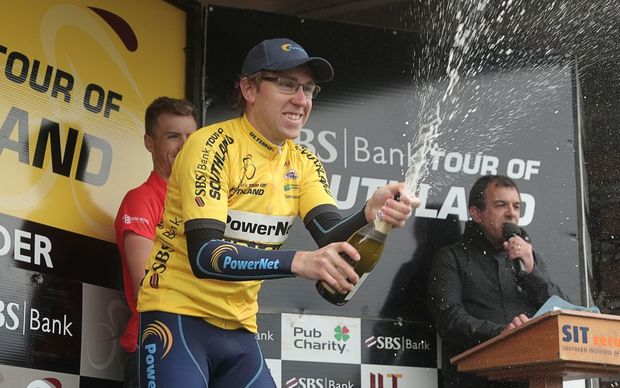 The Otago rider, who seized the the leader's yellow jersey with victory on the gruelling second stage up Bluff Hill, placed fifth in Winton to extend his advantage over Australian Robbie Hucker from 14 seconds to a big one minute 11 seconds.

And that was the overall winning margin, as Evans then finished safely in the peloton in the final 81-kilometre stage from Winton to Invercargill.

Mike Northey of Kia Motors-Ascot Park was third overall, 3.27 behind 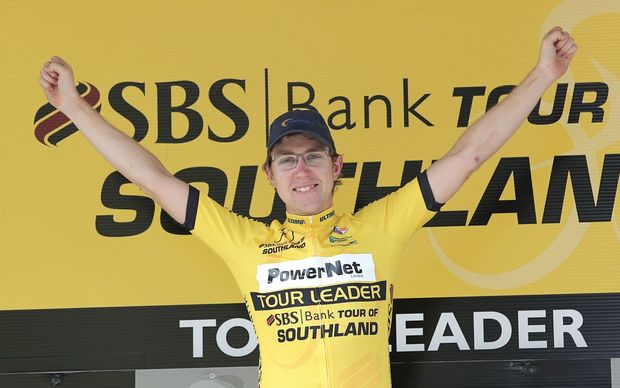 Evans said it has been a tough week ever since winning in Bluff, and the final day was no different.

"I've been defending all week, which is incredibly hard to do," he said.

The Powernet rider said most wins in the Tour come in the last couple of days as teams tire and one rider takes the yellow jersey.

"But I was lucky I had such a strong team that helped me win."

"It was incredibly tough conditions this afternoon, it was pouring, driving rain and quite windy so it was a really tough week. We've had all sorts of weather this week and today was no exception."

Evans said his Powernet team decided on Friday to sacrifice any chance of winning the teams classification, which went to Avanti, to concentrate on getting him home for individual honours.