The All Whites will be without captain Winston Reid for next week's international against Oman in Muscat, as they continue their quest for a win under coach Anthony Hudson.

The West Ham defender has had hip and back problems and hasn't played in the Premier League since early last month. 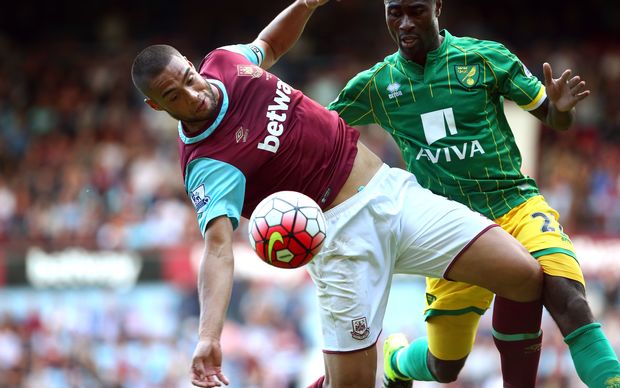 Injury has kept Winston Reid off the field for West Ham in the Premier League since early September. Photo: Photosport

Also missing from Hudson's 19-strong squad are goalkeeper Glen Moss and defender Tommy Smith, who have been left out for personal reasons. Hudson wouldn't elaborate on what those may be but maintains the squad are all committed to the All Whites cause.

Under-20s captain Bill Tuiloma's also been left out - Hudson said the versatile defender/midfielder needs to be playing regular first-team football and hasn't completed 90 minutes for the All Whites yet, with "little niggly injuries" - plus his loan club Strasbourg, who play in France's third division, don't recognise FIFA windows, so they're playing a game next week.

This will be Hudson's sixth match in charge, with his previous five all winless.

The side will be led by Leeds United striker Chris Wood and includes Shane Smeltz, Marco Rojas and Kosta Barbarouses.

The 18-year-old Blackpool midfielder Henry Cameron gets his first call-up to the New Zealand side as Hudson continues to give young players an opportunity to push their claim for inclusion in the group aiming to qualify for the 2018 World Cup in Russia.

Hudson has named eight players from age-group World Cup campaigns, which saw both the under-17 and under-20 sides qualify for the knockout phases of their respective tournaments.

Oman are yet to lose in five Asian Confederation World Cup qualifiers, and the Arabian nation will provide the All Whites a stern test.

"We've got a mix of established senior players and a number of exciting young talents aiming to push their case for inclusion come the middle of next year," Hudson said.

"The game against Oman provides another match against a very strong opponent where we can test ourselves on and off the field. We can continue to refine our approach in an environment which mirrors the kind of test want to be facing at the back end of the World Cup qualifying campaign."

Hudson said the final match of 2015 represents the latest chance for his growing group to put their hands up for the key matches to come in the next 12 months.

"It's unfortunate that we won't have the likes of Winston for this game but I'm happy we're developing a group of players capable of producing a strong performance against Oman similar to our effort against Korea and China.

"We have a core of young players starting to emerge who have all achieved on the world stage this year, and when you combine that with the experienced players we have, we're getting closer to the position we need to be in.

"We are continuing to work to our plan and by the time our World Cup qualifiers begin next year we will need to call on that developing strength in depth if we are to be successful in reaching the World Cup in Russia in 2018."