Australia opener David Warner feels a combination of inconsistent bowling and lessons learnt from England led to Australia's most productive start to a home summer.

Australia will resume at 389 for two when day two of the first Test against New Zealand starts this afternoon in Brisbane.

Never before have there been so many runs scored on day one of a Gabba Test. 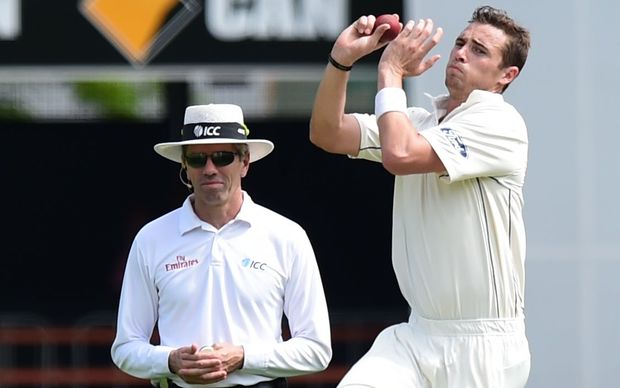 "As an opening pair I think we found they were bowling a fraction too short," Warner said.

"They didn't allow us to drive many balls early, which is nice as a batsman.

"But obviously it was a great day for us and credit to our batters."

Southee was the pick of the tourists' bowlers, logging figures of one for 63 from 19 overs.

"There were some good spells. We didn't quite hang in there for long enough," New Zealand wicketkeeper BJ Watling said.

"We're obviously not in the ideal situation.

"If we hang in there for long enough and take this game deep, we'll see where it goes.

"Australia won that day, but we'll continue to fight."

"They played very positively and scored runs quickly which put us under pressure... two fantastic innings," he said.

In the lead-up to the first Test, much had been made of the way Australia crumbled in this year's Ashes when faced with decent swing bowling from the hosts.

Warner left the ball early and was uncharacteristically cautious.

"It's about being patient. I definitely learned that in England," he said.

"Stuart Broad went around the wicket and tried to draw me into drives.

"I adjusted today to Trent Boult, he tried to have me playing outside off.

"I used that knowledge very smartly to get outside of off stump. From there I felt more comfortable."