The Australian driver James Courtney says he's looking forward to a return to New Zealand this weekend for what he describes as an exciting Pukekohe round of the V8 Supercars. 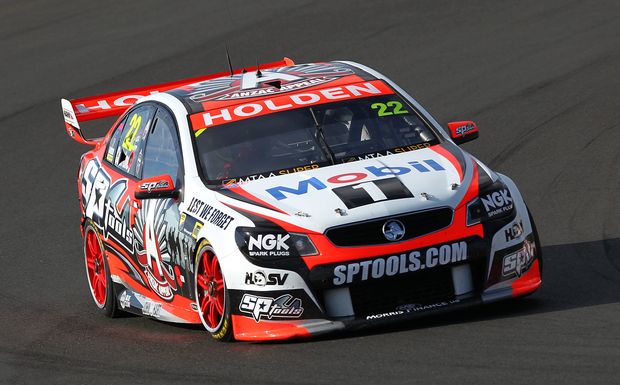 The Holden driver performed well there last year, but his campaign this year was hampered by a crash in Sydney in August when he broke five ribs and punctured a lung.

Fresh from his commanding win at the Gold Coast 600 in the last round, Courtney is fired up to produce back-to-back wins on the circuit he has fond memories of.

"We had a pole and a podium so the car was pretty good there last year and coming off such a strong weekend at the Gold Coast as a team I believe we're in with a really good shot" he said.

Courtney said, it's a bit of a crazy little circuit, really quite high speed and a lot of bumps and the car moves around alot so we're already onto what we're going to need from the car this weekend so we can hit the ground running.

Missing from the winners' list is Craig Lowndes - though he has competed in all nine rounds and 29 races at Pukekohe, his best finish was second place in 2006. He only has two podium results there.

Four of the 25 drivers on the grid are New Zealanders - Scott McLaughlin, Fabian Coulthard, Shane van Gisbergen and Andre Heimgarter. Both McLaughlin and van Gisbergen have recorded wins at Pukekohe since 2013.