Nico Rosberg won the Mexican Grand Prix for Mercedes as Formula One made a lively return to the country after a 23-year absence. 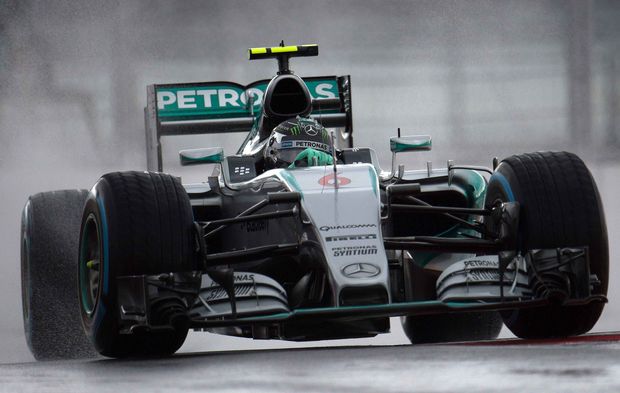 The German's fourth victory of the year, and 12th of his career, ended team mate Lewis Hamilton's three-race winning streak with the Briton having to settle for second a week after securing his third title.

"This is really the best podium of the year, what a place to win" said Rosberg, addressing a cheering mass of more than 100,000 from a podium overlooking the stadium complex.

"Amazing day, great race," added the German, smiling again after bouncing back from the disappointment and controversy of Austin.

Both championships had already been decided, with Hamilton celebrating his third in Texas a week ago and dominant Mercedes retaining their constructors' crown in Russia last month.

Rosberg's win lifted him to second in the championship, with Ferrari's Sebastian Vettel failing to score after a crash that brought out the safety car on the 52nd of the 71 laps.

The last winner in Mexico before Sunday was Britain's Nigel Mansell, who now has the last corner named after him and conducted the podium interviews on Sunday, in 1992 when he was with Williams.

Hamilton had hoped to follow on from his fellow-Englishman but had to concede that his team-mate, who led cleanly away from pole position with none of the first corner wheel-banging of Austin, had won fair and square.

"Nico drove a fantastic race," he said. "It's just been fantastic to be here in Mexico. I've never seen a crowd like this. It's like a football game. The fans are amazing."

Neither Ferrari finished the race, ending a run of 20 in the points, with Vettel's team mate Kimi Raikkonen breaking his suspension after colliding with Bottas for the second time in three races.

Bottas, who had been trying to pass on the inside when they tangled wheels, raced on to take a revenge podium on a sunny afternoon at Mexico City's revamped Autodromo Hermanos Rodriguez.

In Russia last month, Raikkonen had wrecked Bottas's hopes of third place when he tried to pass on the last lap and sent his compatriot into the barriers.