Fame Game has been installed as the overwhelming favourite to win tomorrow's Melbourne Cup and become the second Japanese-trained horse to gallop away with Australian racing's richest prize. 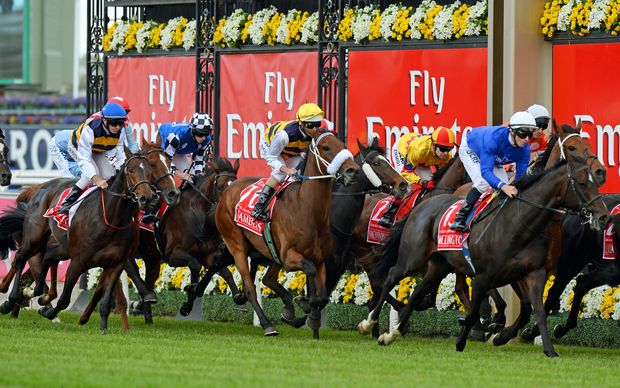 Six-year-old Fame Game won plenty of admirers when he stormed home to finish 6th in the Caulfield Cup two weeks ago after stumbling out of the gate, and his trainer said he would be better suited over the extra distance of the 3,200 metres Melbourne Cup.

In 2006 Delta Blues became the first Japanese stayer to win the Melbourne Cup.

Three of the past five winners have been prepared from outside Australasia and the so-called 'foreign raiders' from the northern hemisphere are again strongly represented.

The English stayer Trip to Paris is the second favourite.