Cycling's Tour of Southland gets underway in the morning, with Wellington's Joe Cooper wearing the yellow jersey for the third time heading into the opening stage. 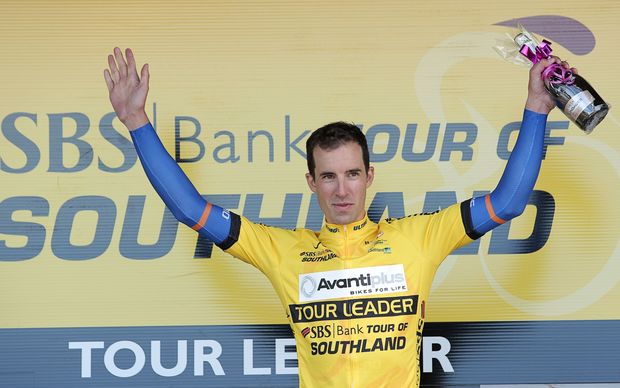 Wellington's Joe Cooper in the yellow jersey at the start of the Tour of Southland Photo: James Jubb/Envious Photography

The defending champions made an early statement with a 4min 51sec lap of the 4.2km circuit in fine, but windy, conditions.

Kia Motors-Ascot Park placed second with a 4:56 and PowerNet were third in 4:59.

"It's always good to get this one out of the way and open up the legs before tomorrow's longer stage out to Lumsden," Cooper said.

"The team rode really well together, I don't think anyone missed a turn or shucked their load of the work. We were a well-oiled machine."

Cooper, whose Avanti team-mate Mitchell Lovelock-Fay has returned to defend his title, has no problems with being the rider to watch from the outset.

"I've worn [the yellow jersey] for the last three years now for this stage. I'll be happy to pass it onto a team-mate."

The opening stage is a 159km beat starting in Invercargill and traversing central and western Southland, before finishing in Lumsden.