Garbine Muguruza continued her dream debut at the WTA tennis finals by completing round robin play with a perfect 3-0 record and advancing to the semi-finals in Singapore.

The Spaniard won a hard-fought 6-4 4-6 7-5 victory over Petra Kvitova to top the White Group and set up a showdown against Poland's Agnieszka Radwanska. 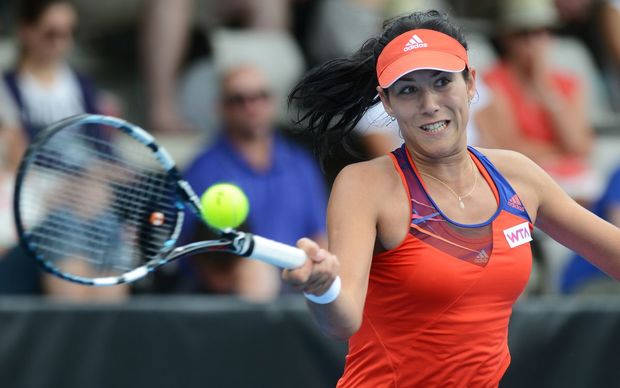 Germany's Kerber (1-2) only needed to win a set in Friday's second match to move on but the already-eliminated Safarova (1-2) found her best form of the week to blast the German off the court and out of the eight-woman event with a 6-4 6-3 win.

While her rivals were left scratching their heads and fretting over the various permutations, Muguruza was spared the agony of relying on others by claiming a third straight triumph.

"It's amazing to reach the semi-finals," Wimbledon finalist Muguruza said in a courtside interview. "To be here is a great payoff for an amazing year and hopefully I can continue winning and playing like this."

The second match followed a similar pattern to the first as both players struggled in an early exchange that saw Safarova edge ahead by getting the better of three consecutive breaks and she rode the advantage all the way to a one-set lead.

Safarova's serve improved in the second set and she was able to apply pressure on a visibly frustrated Kerber, who was having more success bashing her racket against the ground than she was making clean contact with the ball.

The Czech never looked threatened in the second, breaking early and again the ninth game to seal victory on her fourth match point when Kerber sent a forehand into the tramlines as both players bowed out of the tournament.