Incensed Sydney FC chairman Scott Barlow has denounced the prospect of a third Sydney A-League team, accusing Football Federation Australia of trying to cut their market in half. 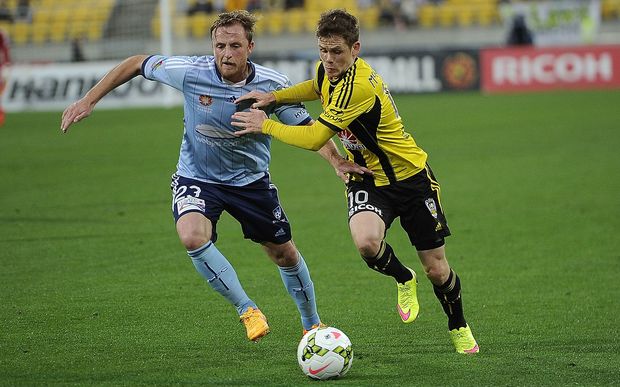 If the Phoenix decide not to apply for a shorter four-year licence extension, then the New Zealand franchise will have to leave the league at the end of the season, opening the door for a new outfit.

The southern Sydney area of Sutherland Shire and St George is shaping as the frontrunner, with Gallop tipping a big metropolitan market as ideal.

But Barlow labelled southern Sydney as a critically important region for the Sky Blues, and said Gallop had assured him and other club chairmen that new licences were not part of the FFA's plans.

"A new team in Sydney, in the heart of arguably our most important region, would effectively cut our market in half.

"It would be a devastating blow for our club and certainly not what we signed up or agreed to invest in 11 years ago.

"A-League clubs must be able to operate with the confidence that their marketplace won't be cut in half at the drop of a hat.

"If FFA can't provide clubs with this assurance, then what is the point in investing further and what is the value of an A-League licence?"

The FFA's move on Wellington has been met with anger from many quarters, as its management consider whether to apply for the shorter-than-expected licence extension.

Shocked Phoenix skipper Andrew Durante said New Zealand football could be destroyed if they were given the boot, while Socceroo Nathan Burns tweeted that his former club "deserve a licence extension. End of story".

Sydney FC's supporter group The Cove joined Barlow in their support for Wellington and urged the FFA to rethink on doing "permanent damage to our sport".

"Sutherland Shire is a key source of Sydney FC support - almost a third of our number come from there," the statement said.

"Placing a team in that area in an ill-conceived attempt to replicate the WSW-SFC (Western Sydney Wanderers-Sydney FC) rivalry is doomed from the start.

"There is no pent-up demand, as there was in west Sydney, and nine derbies instead of three will simply take the special and make it commonplace."