New Zealand Football has confirmed they have lost their appeal to the Oceania Football Confederation over an ineligible player and the men's under-23 team's subsequent disqualification from Olympic qualifying.

The decision upheld the original ruling over the eligibility of South African-born men's under-23 player Deklan Wynne, following a protest by the Vanuatu Football Federation at the Pacific Games in Papua New Guinea in July. 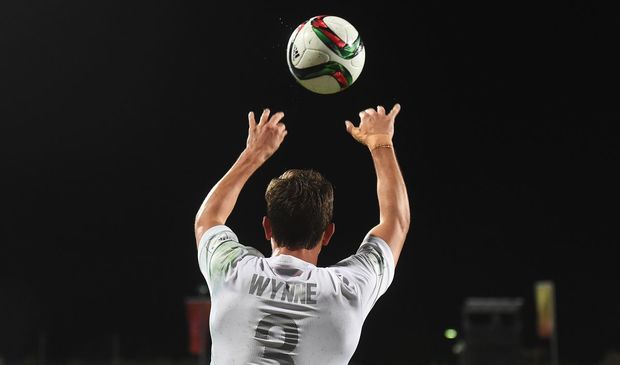 Deklan Wynne played for NZ at the U-20 World Cup in June, seen here in action for the Junior All Whites against the USA Photo: Photosport

Vanuatu had been knocked out by New Zealand in the semi-finals of the Games, which doubled as FIFA's Rio 2016 qualifiers.

And now Oceania's appeals committee has upheld the original decision to disqualify the Oly Whites from the tournament.

New Zealand Football said it put forward a number of grounds of appeal in its appeal petition, but each of those was dismissed by the appeals committee.

"We are very disappointed at this outcome given that we were in compliance with the rules of the competition confirmed to us in advance of the tournament, and our interpretation of the relevant FIFA articles relating to player eligibility," New Zealand Football CEO Andy Martin said.

Martin said New Zealand Football would now consider its options, including a possible appeal to the Court of Arbitration for Sport, which they have 21 days to decide whether or not to proceed with.

"The decision around the next course of action will be influenced by a number of factors including the potential grounds for further appeal and the wishes of all affected parties," he said.

"Our players earned the opportunity to qualify for the 2016 Olympic Games and we need to carefully consider all options available to us to secure that chance for them."

Martin admitted financial considerations would be a factor in whether they appeal to the Court of Arbitration for Sport.

At a press conference at North Harbour Stadium in Auckland on Friday afternoon, NZ Football President Deryck Shaw told journalists that they entered the Pacific Games in good faith and had applied the rules for eligibility "as advised and confirmed to us in writing by the organisers of the Games prior to the event".

"We approached this tournament no differently from a large number of other tournaments that we have played in since the change in the FIFA statutes around eligibility," Shaw said. "We were therefore hugely disappointed at the action taken against us in what we believe was premeditated, and procedurally unfair." 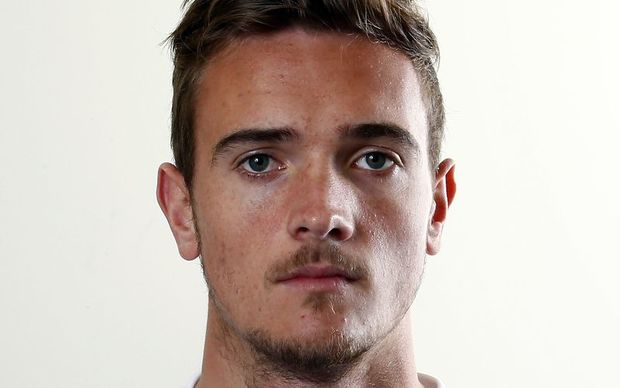 Deklan Wynne - will this be his only official New Zealand team photo? Photo: Photosport

"There could have only been one objective from the action taken, and that was to deny New Zealand Football men's under-23 team, comprising our young and up-and-coming players, the opportunity to compete for a place in the 2016 Rio Olympics."

The NZF leaders' words are unlikely to do anything to help heal the obvious divisions between them and the other Oceania nations, though Martin and Shaw both stressed that they are working on that relationship.

Blanket exemption may be sought

Martin said they have sought 18 exemptions from FIFA since the eligibility debacle in July, including for Wynne.

He said of the initial 10 sent, eight were granted and two, including Wynne's, were still pending, which confirmed that while their processes may not have been as tight as they could have been before, their interpretation of the FIFA statutes was correct.

"These young people were never intended to be impacted by the statute as written. All of these exemptions have been secured on the basis of our interpretation of the statute, ie, having moved to New Zealand for non-football reasons and lived here for five years." 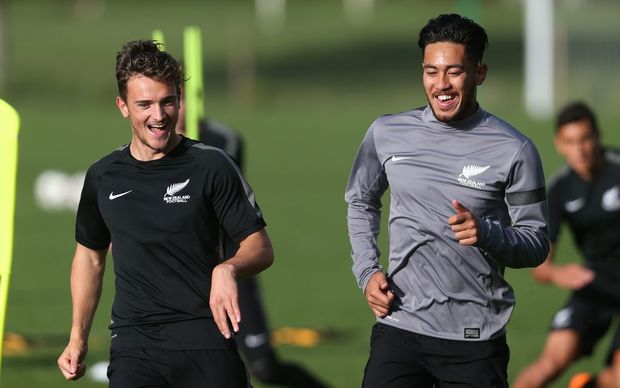 Deklan Wynne (L) and Junior All Whites captain Bill Tuiloma in training before the 2015 Under-20 World Cup Photo: Photosport

Martin said in the longer term a blanket exemption for New Zealand may be sought, as he said had happend with other immigrant nations.

Fiji qualified for next year's Olympics after beating Vanuatu in the Pacific Games final.

Patel said Fiji Football were already in the process of booking friendly matches, with a request to play Qatar on November 17th, and matches against teams in Spain.

He said it's a relief to get the go-ahead from Oceania.

"Definitely, this was something that (was) a weight over our shoulders and head but yes, now we can get into full swing preparing for the Rio Olympics," Patel said.

"Finally we have known that the appeal has been dismissed, we''ll move on from here and prepare for the Rio Olympics."